A new update was rolled out to Among Us overnight.

If you expect great breakthroughs in the form of new game modes, unfortunately, we must disappoint you. The new update focuses primarily on fixing bugs. Such patches come practically after every major update, and this is also the case this time.

Is it worth turning on Among Us at all then? Well, if you had any technical problems with logging in or playing, they should be resolved now.

Among Us update notes

From what we read in the short description, the update fixed the login errors. In addition, many people can log in on the same device. These were the two main problems players faced. 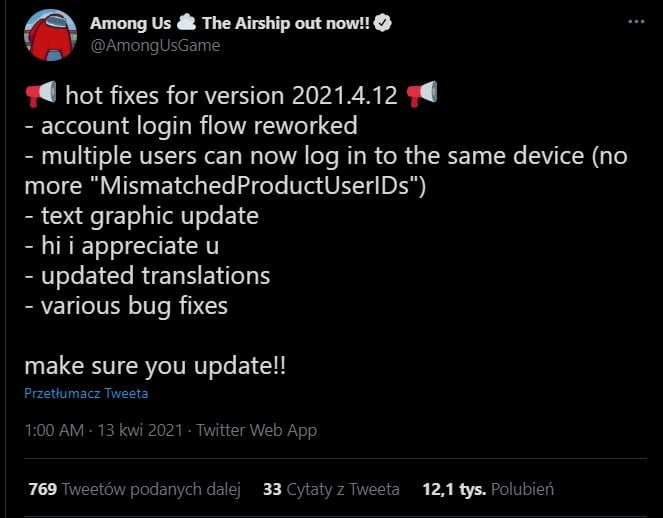 And that’s basically it. There are no new modes, maps, etc. So it should be seen more as a patch than a full-fledged update. On the other hand, some key bugs were removed, so it seems that such an update was needed as well.