A new update is coming to Among Us. Players have already found out how many new colors will appear.

InnerSloth has confirmed that Among Us players can expect new colors. Their addition, of course, is closely related to nothing other than increasing the size of the lobby. Let us remind you that The Airship turned out to be so big that the developers had to increase the number of players from 10 to 15 in one game.

Therefore, probably in May, Among will be updated to slightly change the graphic style, adding a new meeting screen and the aforementioned new colors.

New colors while trying to get rid of them

InnerSloth makes no secret that developers are not satisfied with the very concept of color as the primary way to distinguish players. In their opinion, it is a good idea to get rid of them at some point. 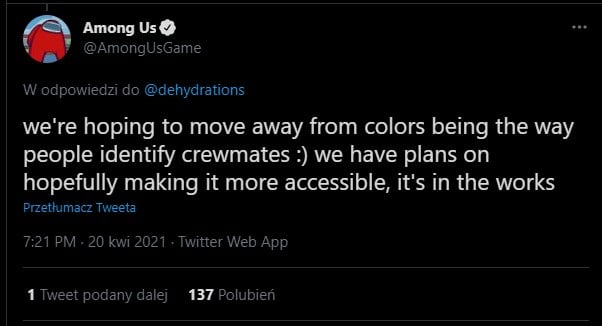 Of course, this will not happen in the near future, especially since InnerSloth has confirmed the addition of six new colors. However, it is not known what exactly they should be. There is a lot of talk on the web about pink and its various shades, but it has been confirmed that this is a graphical error that has nothing to do with the upcoming update. 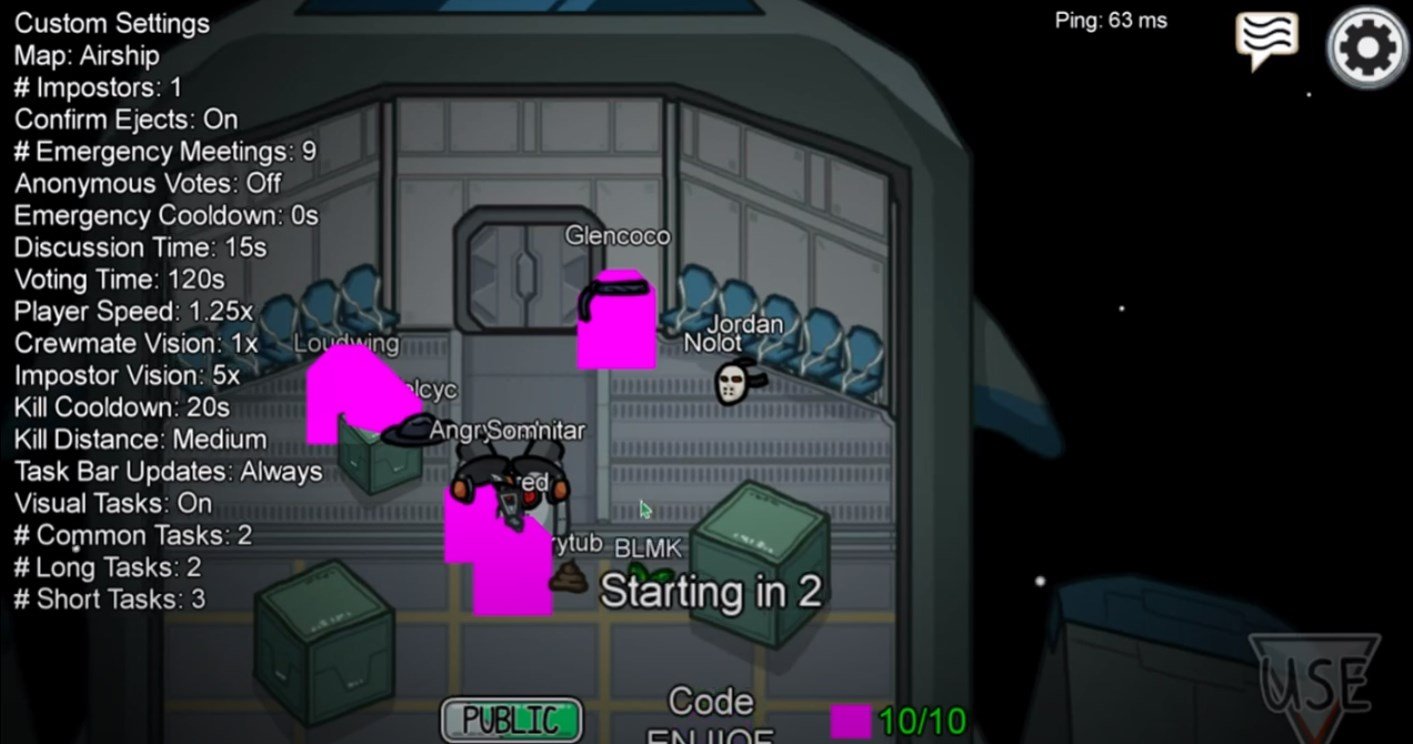 This issue will be fixed with an additional patch expected in the next few days.