Among Us is growing at its own pace, and the studio responsible for this production confirmed that another person was hired.

Among Us, although it was released a few years ago, it was only successful in 2020. The small studio was not prepared for this and, according to many people, it just slept through its best moment. Today the number of players is still high, but it seems that the potential of the game has not been fully exploited.

Among other things, it happened because the game was created by three people.  InnerSloth did not want to hire more, so as not to disturb their pace of work.

READ MORE
Description of the new Among Us update. Everything you need to know about version 2021.4.12

How many people are working on Among Us?

On the studio’s official Twitter account, information about another hired person appeared and this time it is … a programmer. Someone who will surely come in handy, considering the recent problems and all sorts of errors with Among’s operation. 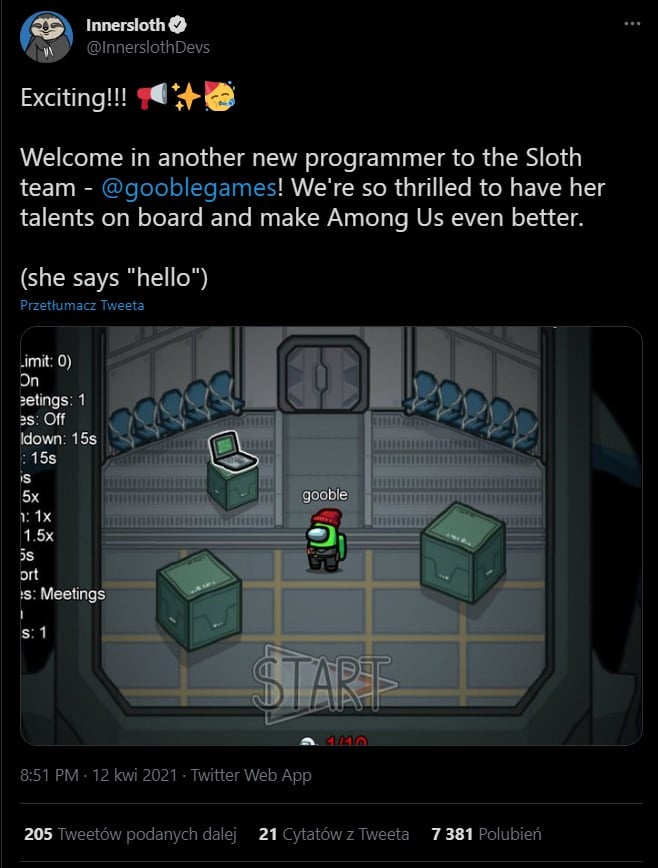 The additional worker makes InnerSloth a company of eight. The number has doubled compared to, for example, the state of the game during its victory on The Game Awards.

However, this is still only eight people. It’s unlikely to be expected to impose a tremendous pace on them and release updates every week. Theoretically, the work is to speed up, but InnerSloth said exactly the same six months ago.