You probably remember that before yesterday’s update, InnerSloth was supposed to organize a stream of the news. Well…

Yesterday evening, InnerSloth organized a stream on which new products were to be shown before their introduction to live servers. Theoretically, this is a really important issue, so some people were getting ready that it would be one of the top broadcasts on TTV.

InnerSloth reported this on their Twitter account, which is followed by 1.3 million people. So there was potential, but no one expected it to go so badly.

READ MORE
When is the new update in Among Us? We know the date of the introduction of larger lobbies, colors etc.

Presentation of the news from Among Us

It is difficult to say whether it was because the developers were not supposed to show anything except the new kill lobby or new colors, but in the end, there were just over 5,000 people. The stream average was 3,000 viewers, and the overall number of viewers dropped by the minute. 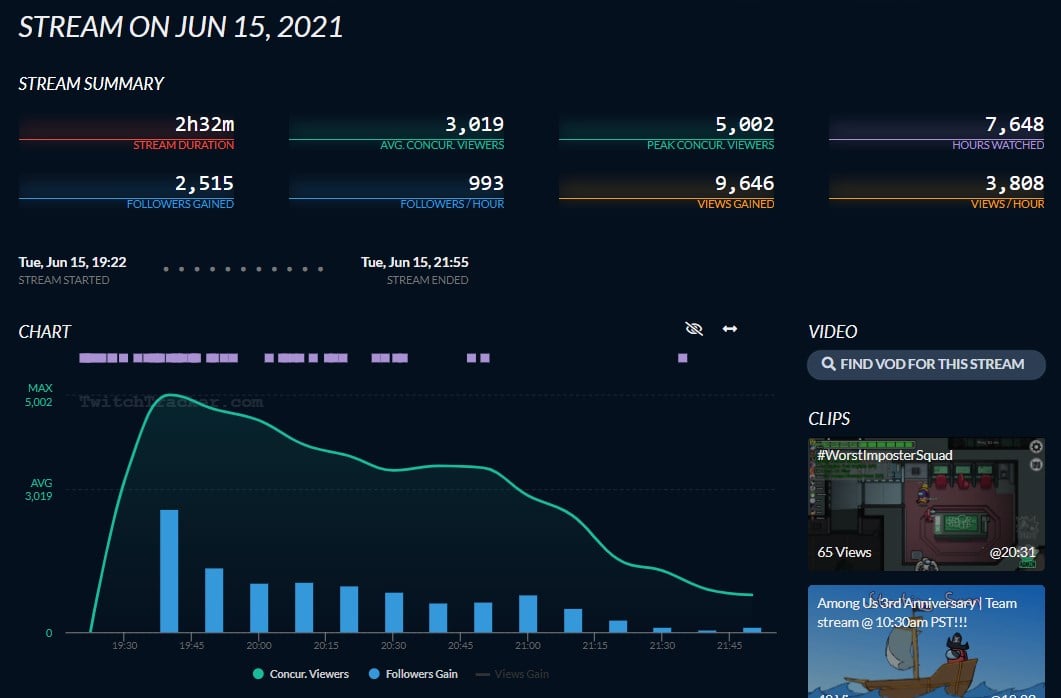 Evidently, it went bad enough, not to say disastrously, and certainly not as the creators had imagined it. What was happening on this stream? A group of people played behind each other in Among Us, then the players’ suggestions for the changed appearance of the characters were sketched, and basically, that’s it.

The stream lasted over 2 hours, but hardly anyone followed till the end. InnerSloth has a big problem. On the one hand, millions of fans around the world, on the other hand, only 3-5 thousand people during the broadcast showing the upcoming news.