The first color revealed by InnerSloth was pink. Now it’s time for the next one.

So far, everyone is waiting for June 10. This is when InnerSloth’s plans for the coming months will be revealed. There will probably be a new update that day, but this has not been confirmed yet.

Developers announce this special day in a very classic way. Instead of showing what’s new, they just suggest what colors will be introduced to the game soon.

Gray except of pink

Recall that a few days ago it was revealed that one of the six upcoming colors will be pink. Today we met another color. This time it is gray. 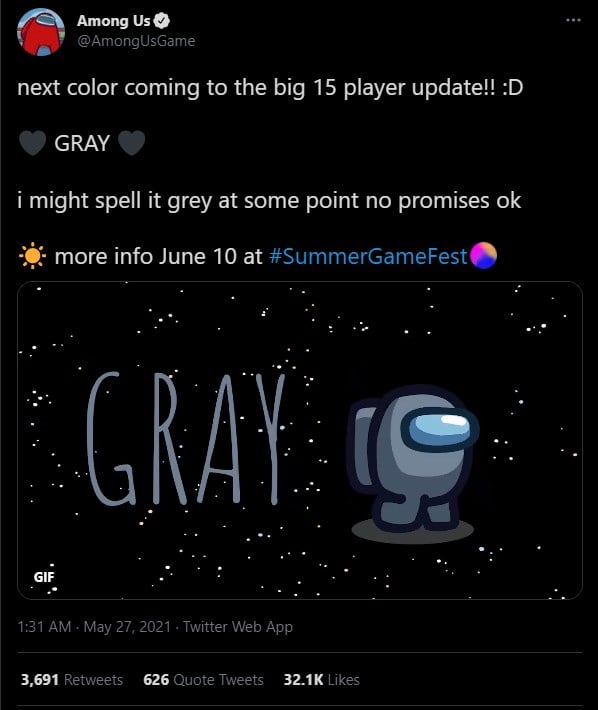 The next colors should be expected after a few consecutive days. We’ll probably see them all by June 10, then we’ll get to know the details of the update and future plans that the 8-person team has.