Battlefield 2042 developers have something to worry about?

Almost from the very beginning of Call of Duty: Warzone, the title has been struggling with huge problems with cheaters. From time to time, waves of bans hit the game to eliminate cheaters, but a few days later it is again hard to find a server where there is no hacker.

The support software vendor commented on the upcoming Battlefield 2042. According to him, the title will have very similar problems. Developers are already offering cheats two months before the premiere.

Nearly 2 months until the premiere of the title, and the hacks are already very eagerly sought

Tom Henderson, a well-known leaker in the world of computer games, announced that he interviewed a cheat provider: 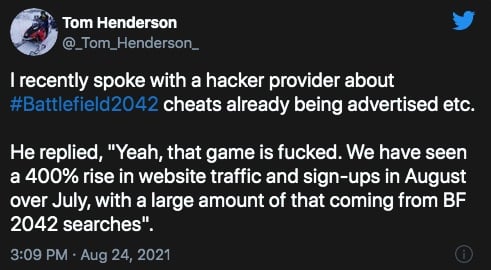 It is hard to say if Electronic Arts has any “ace up its sleeve” that will be able to decently fight cheats for Battlefield 2042. It already seems that the problem can be really significant, so developers should think about it seriously.

Nevertheless, they have very little time to take any steps. You can already find cheats for the new BF online. 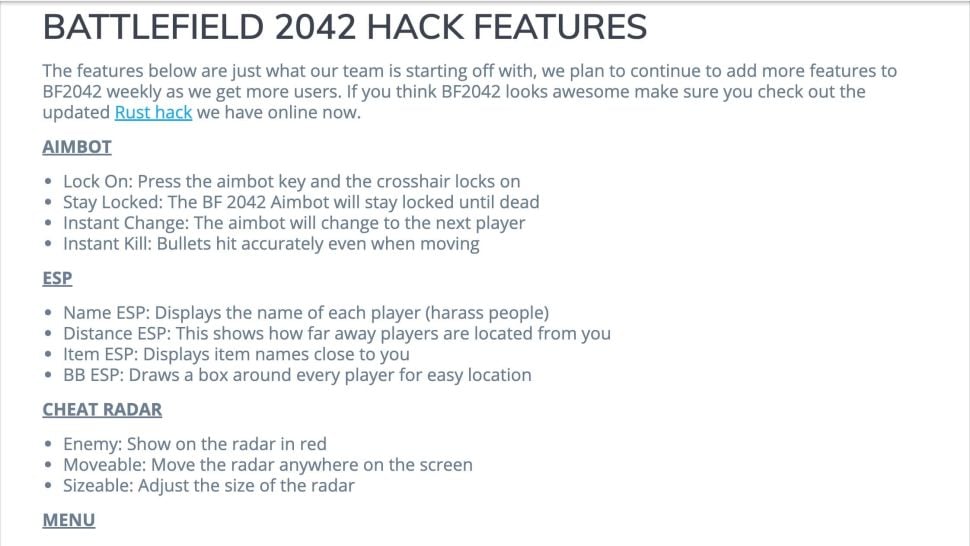 It is worth adding that EA’s main rival – Activision – announced that anti-cheats for both the new production and Warzone will appear with Call of Duty: Vanguard. 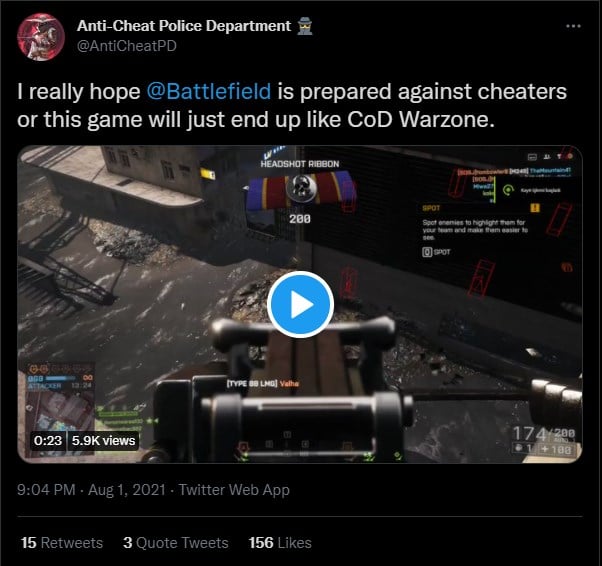 The threat to Battlefield 2042 appears to be quite significant, although it’s possible that EA has looked at its competitor from Activision and prepared to fight cheaters. The community will find out if that’s the case only after October 22 this year.