Supercell yesterday had a mishap that revealed the upcoming event. Today it officially appeared in the game.

Among all the novelties that came to Brawl Stars, there was also something that the players did not expect. Supercell had to get confused a bit in the released additions because a countdown to a new event appeared in the rotation for a few hours.

As soon as Supercell realized, the event was removed. Now it has officially been released and you can safely complete it. 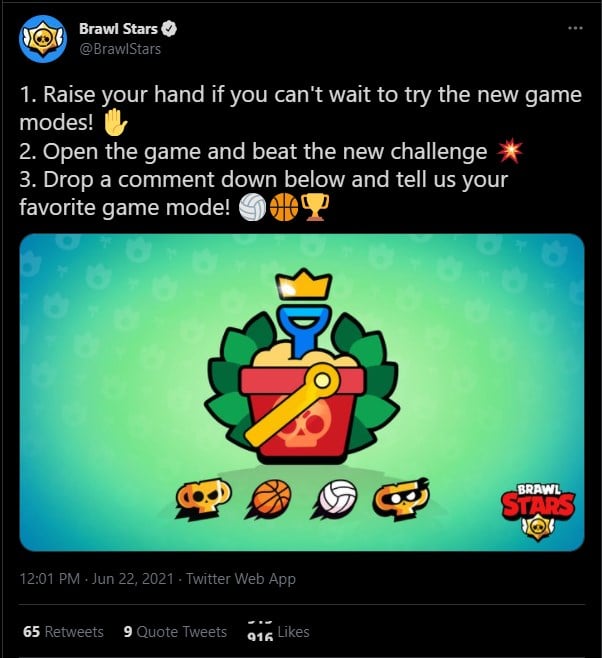 READ MORE
Brawl Stars has just lost a large chunk of players. Supercell comments on the lack of emulators support

A new challenge with a reward

Yesterday between 9 AM and 10 AM EDT, a new event appeared in Brawl Stars, or rather a countdown to it. The challenge was to win 12 matches, the prize was a mega-box.

And everything turned out to be exactly right. You can now complete a new challenge by entering the game. 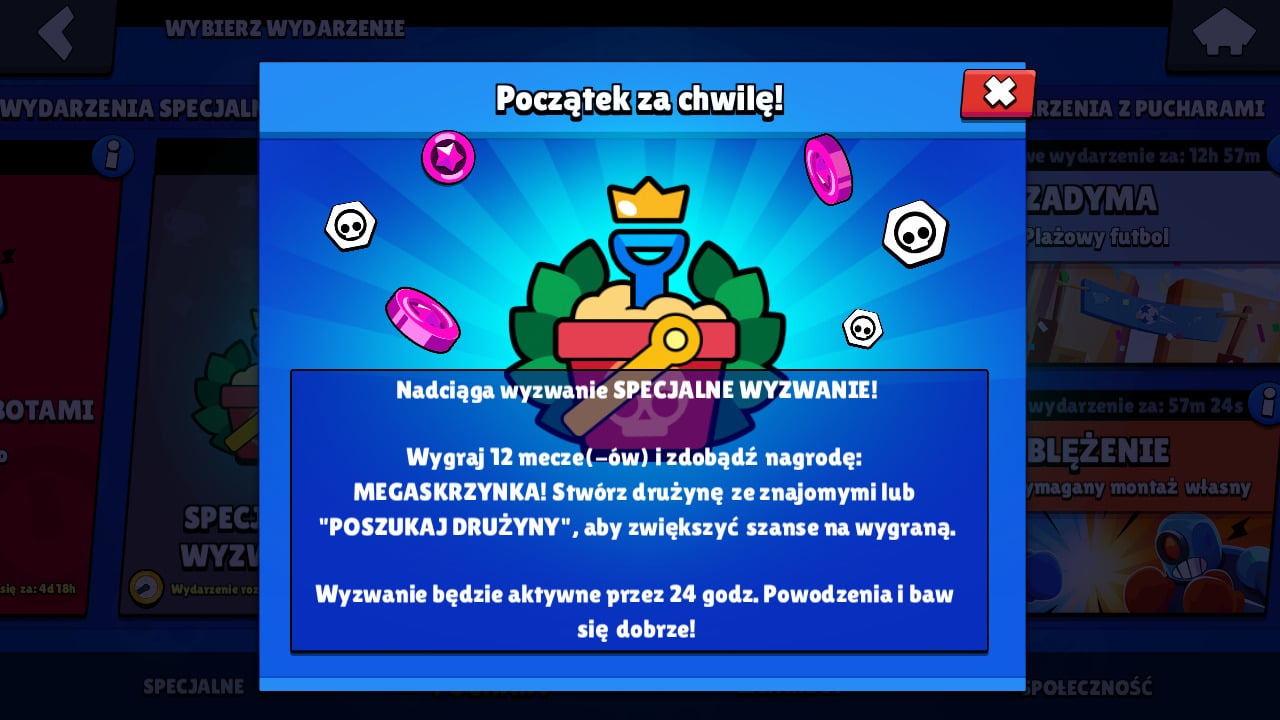 Starting in a moment!

A SPECIAL CHALLENGE is comming!

Win 12 matches and get a reward:
MEGABOX! Create a party with your friends or “FIND A TEAM”, to increase your chances of winning.

The challenge will be active for 24 hours. Good luck and have fun!

In fact, this type of challenge can be found in many online games, such as Overwatch. They allow the game to stay fresh in times of greater boredom, for example between the seasons.