Many people in recent days have reported that they can no longer play on various types of emulators. Supercell says it does not support this way of playing.

In the last version of Brawl Stars something has changed when it comes to emulators like BlueStacks. Lots of people can’t play because the BS app just won’t start. This state of affairs has been going on for several days.

Players have been reporting this for several dozen hours, and finally Supercell decided to respond, dispelling all doubts. 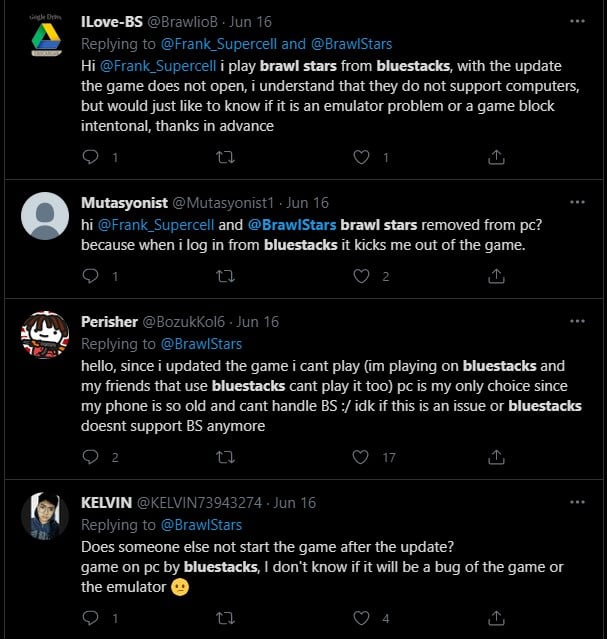 The lack of support is not accidental

Frank directly wrote on his Twitter that although he is personally sorry that the emulators have stopped working, Supercell has never officially supported third-party programs. 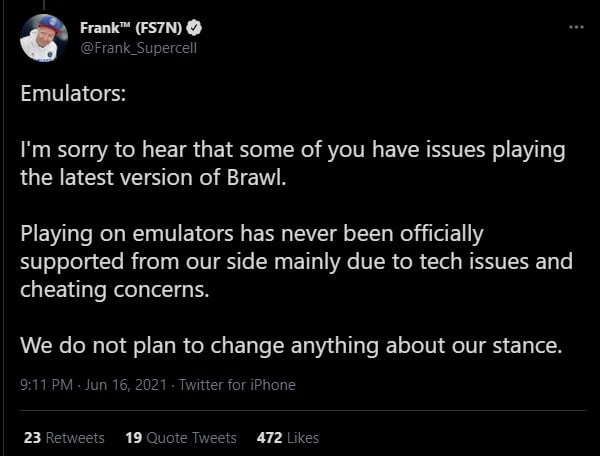 As we read, changes were made that could affect the operation of Brawl Stars on emulators, while Supercell does not intend to change its policy. 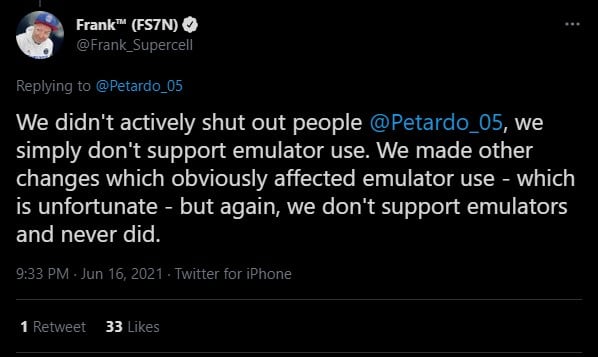 It is difficult to say what group of people we are talking about, but it is known that some YouTubers have never played on mobile devices and used mainly emulators for their openings. Now, unfortunately, they will have a difficult task.