Supercell is currently having a vacation period, as are most online game developers.

July is probably the worst month for gaming. Many developers are taking a break by simply setting up automatic updates or challenges. The best example is Epic, which does not update Fortnite for a month.

Supercell is also off, it’s only 40% of the season right now, so it’s hard to predict when the next Brawl Talk might come out, but players are trying anyway.

When is the next Brawl Talk?

According to “BrawlPrediction”, the next news may be revealed sometime around August 21st. This is a really stray date, let us remind you that today is July 13. It would mean more than a month of waiting. 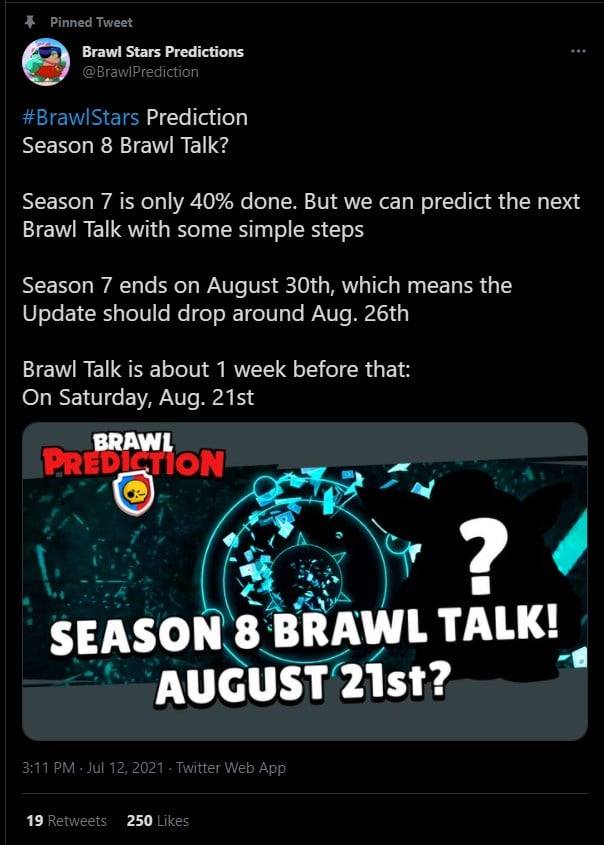 Of course, this is unconfirmed and should be taken with a great deal of distance, but there is a possibility that it is an actual date. It is too early to predict what new features will be in Brawl Talk and what the theme will accompany the next season.