Due to technical issues, some functions in Brawl Stars have been disabled.

Supercell has serious enough technical problems relatively rarely. Of course, errors and bugs do happen, but disabling an element of a game is rare.

That is why many people were surprised when they entered the game today. Reason? At the moment, there is no map maker in Brawl Stars.

READ MORE
These skins have the biggest chance of being in Brawl Stars. They have the most points

An explanation comes from the official Brawl Stars Twitter profile, which says that “weird issues” have been detected. Unfortunately, it is not known what is behind this short description. 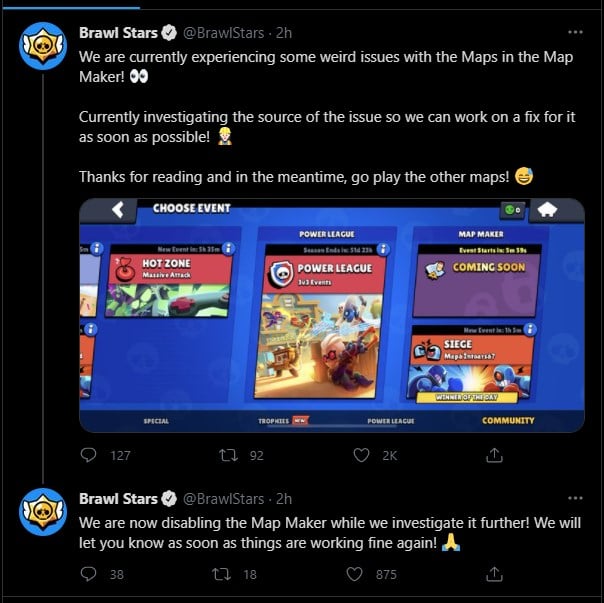 After twenty minutes of trying to figure out what’s wrong, Supercell decided that the best solution would be to simply turn off the map maker. At the moment, it is completely unknown when it will return and what happened at all.

Expect this feature to be unavailable today, or at least for the next few hours. After all, the technical problems have been going on for a good two hours.