There is a new update in COD Warzone.

Six days ago, Call of Duty: Warzone got a major update that introduced Season 3 at the same time. Along with it, in battle royal, there is a “new” map, which in fact is only a refreshment of Verdansk and a shift of time to the ’80s of the last century. This, however, did not appeal to players who expected a slightly bigger change.

Today, however, another update has been added.

What does the new update change?

First of all, the new update eliminates some serious problems that may have irritated Call of Duty: Warzone players in recent days. The fixes mainly concern the Hunt for Adler event, map exploits, and various other issues. You can read more about it in the screenshot below: 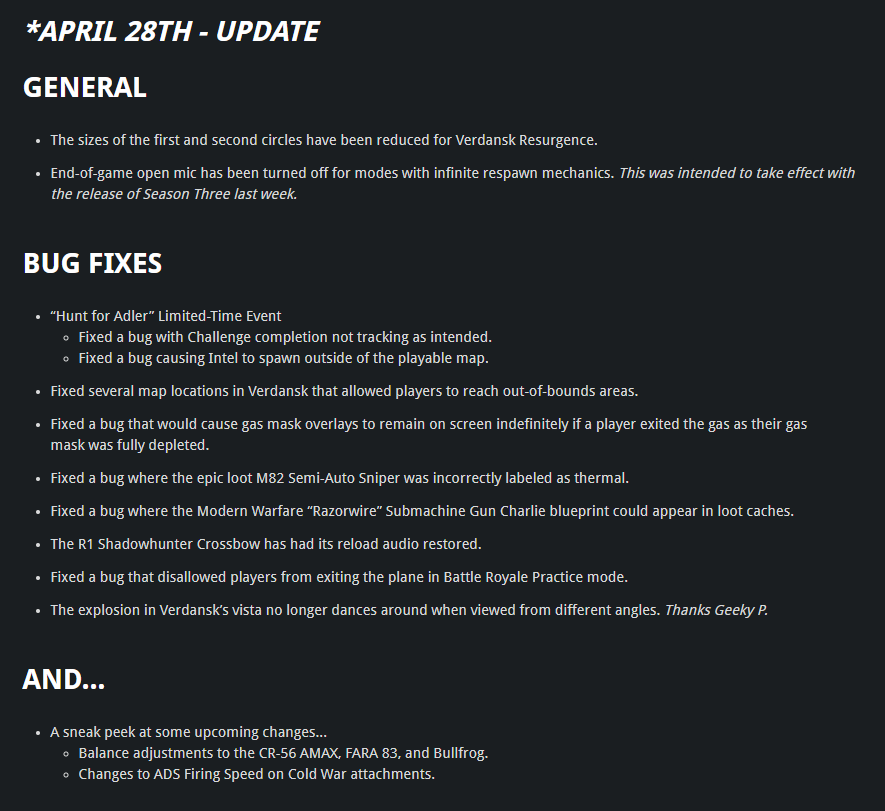 Now the gameplay should be much better, as most of the annoying bugs have been eliminated. Of course, a few more map fixes can be expected, but at the moment these are not pressing issues.