The situation with the trucks at COD Warzone has worsened. The community is outraged at the developers’ decisions.

Cargo Trucks were a very controversial element of Call of Duty: Warzone gameplay. After the C4 was weakened, the trucks became almost indestructible.

This is, among other things, due to the fact that the health pool is too large and the fact that they are able to eliminate all players who stand in its way at the moment. What went wrong this time?

READ MORE
Cheating streamer from COD Warzone was banned during the match. Ban on Warzone and Twitch

The problem of armored trucks is starting to reach its zenith

The developers have weakened the frequency of these vehicles appearing in solo mode, but they can still be seen very often in quads and trios. Previously, Armored Trucks were only available in Armored Royale LTM, but since the last update, they can be obtained in normal BR modes, driving the community completely insane.

Moreover, it is possible to upgrade them with UAVs and a trophy system. That means even better armor and bullet resistance. Additionally, it is also possible to repair the truck from the onboard purchase station. 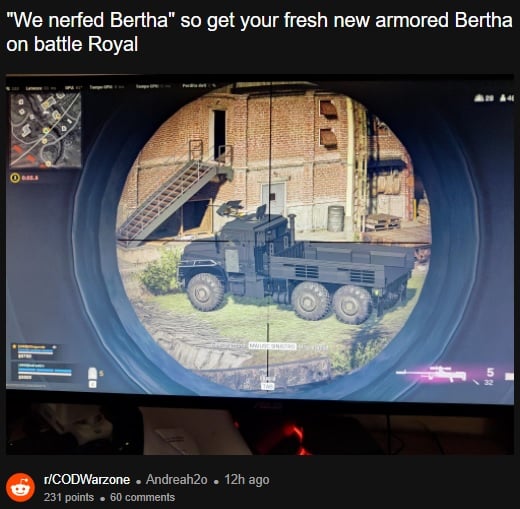 Armored trucks have been quite a big problem in recent months, so the decision to bring them to normal battle royale modes seems to be extremely ill-considered. In addition, the community believes that this perfectly proves that Raven Software does not listen to its players.

At the time of writing, the armored trucks were still in the game but were removed from the game shortly after. The reason, of course, wasn’t the frustration of the players, but the new invisibility bug that was too significant. 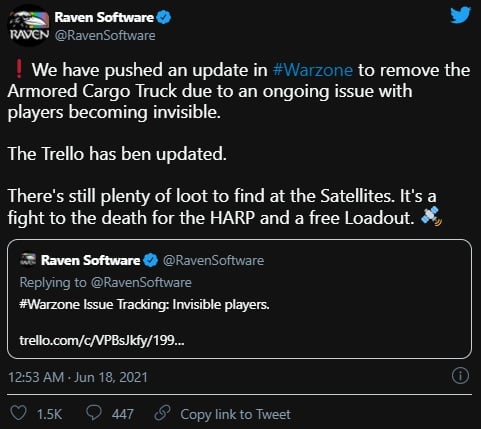