At the moment, there is nothing that would herald the arrival of COD 2021. However, there is a leak that says something.

The Call of Duty community is well aware that the new version of the production is getting closer. During the last earnings conference, it was confirmed that Sledgehammer Games will be the creator of this year’s COD issue.

Thanks to the latest leaks, it is already known how the developers plan to announce the arrival of production.

READ MORE
Headache after playing COD Warzone? Developers confirm that it is the fault of the lighting

COD 2021 is to be announced in the near future

According to recent leaks, COD Warzone is to be used to announce the next installment of the title. Of course, this is not a big surprise as Black Ops Cold War was revealed in an identical manner. Either way, Activision intends to do so in the Season 4 update. 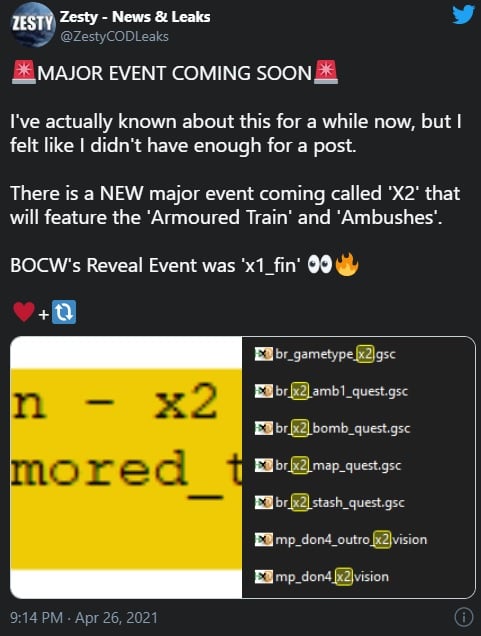 Many players are already excited about the developers’ plans, but keep in mind that these are just leaks and they don’t have to come to life. Developers are unlikely to change their plans for this, but everything needs to be tweaked as much as possible.