Battle royal maps are quite large, so vehicles are often the only way to increase player mobility.

The battle royale maps seem to get bigger and bigger over time. Developers are constantly expanding the battlefield, and thus – getting through it on foot becomes more and more difficult. Therefore, the only way to get through are vehicles that allow you to move faster. This element of the game is becoming unprecedentedly more and more needed, which is also noted by Raven Software.

The leak comes from a fairly reliable source that has gained trust among the Call of Duty: Warzone community. ZestyLeaks announced the potential changes to Verdansk, as well as some weapons that we will see in the future. According to him, developers are working on 8 new vehicles for Warzone.

Moreover, there are also vehicles mentioned under a certain code name, such as Big Bird. It probably refers to the new helicopter, which can be deduced from the fact that Call of Duty 4: Modern Warfare had a flying vehicle with that name and it was a transport helicopter. 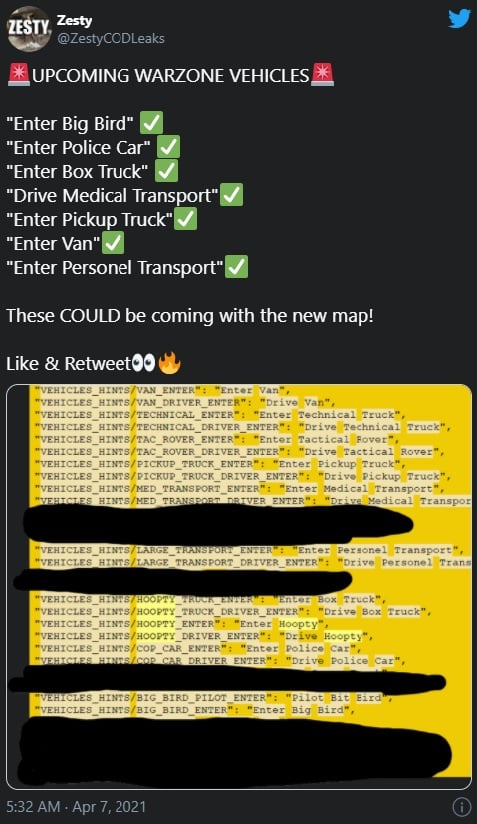 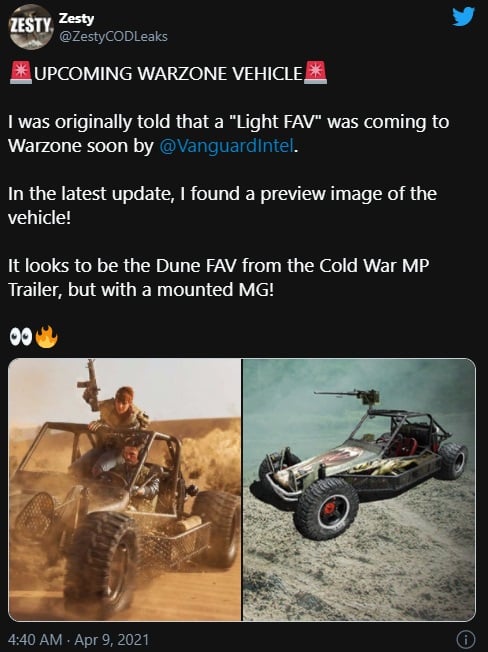 It is not known when the developers plan to add the aforementioned vehicles, but it is very likely that it will take place at the beginning of the third season. The leak itself is reliable, but it’s still a leak, so it’s worth taking it with a grain of salt.