Call of Duty: Slipstream, a mysterious name that was found on Battle.net.

Tom Henderson, a well-known leaker in the world of computer games, found resources in the Battle.net database marked as Call of Duty: Slipstream.

Interestingly, he also managed to find the logo of this production. According to him and a large part of the community, these may be materials for this year’s COD.

Is it surely Slipstream?

In Henderson’s opinion, Slipstream is only a code title that will be changed later. Such an assumption would make sense, but a logo has already been created that includes this name. So it seems that graphic materials are not created for code titles, but for those that are to see the light of day. 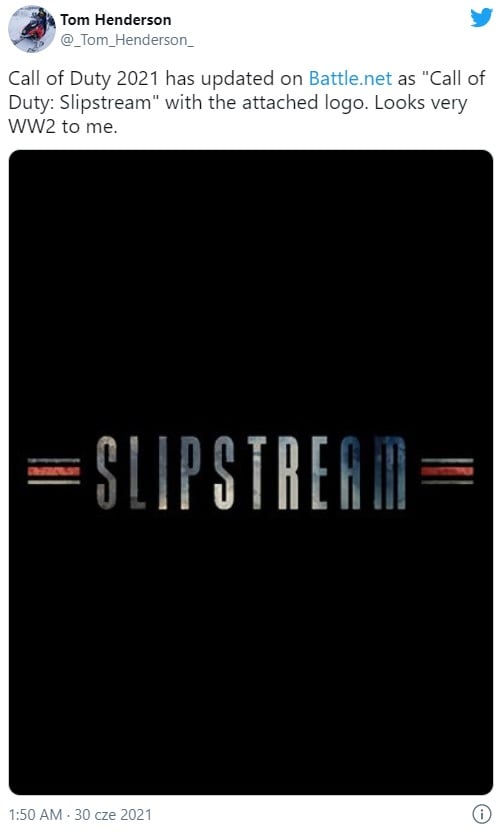 Until now, it was said that the new COD would be called Vanguard. At present, however, it is difficult to say to what extent these leaks were real.

The new title is to be set in an alternative reality from the 1950s, in which World War II was not over. The studio’s last major game was Call of Duty: WW2, so a return to this setting would make sense, even when it comes to an alternate story.