Valve took down a well-known YouTuber’ music kit from the Steam Workshop. It is about 3kliksphilipie.

3klipsphilip made a great contribution to the Counter-Strike: Global Offensive community not only with its helpful guides but also by finding numerous bugs, for which the developers thanked him many times. Youtuber is already one of the icons of CS in the world, so he decided to create his own music kit. This, however, was not positively received by developers.

READ MORE
How did it happen that McDonald’s advertised its meals with CSGO themes?

The developers of Counter-Strike: Global Offensive, despite the numerous contributions of YouTuber, did not look favorably upon his work. The Music Kit was removed from the Steam Workshop. This was probably because “the number of votes exceeded the number of visitors”, as the interested person himself wrote on his social media. 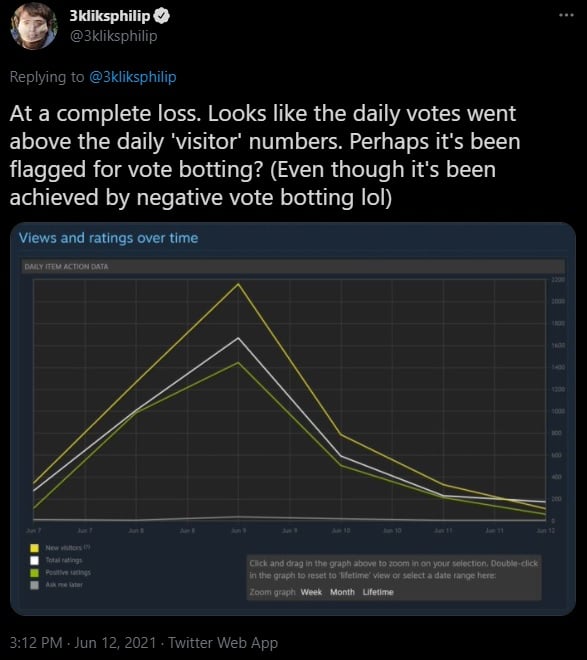 It is hard to say whether the YouTuber will make any re-attempts to put the music set into the game. Considering the amount of work – it is very likely, especially since 3kliksphilip has a lot of fans and a lot of recognition among the Counter-Strike community. Therefore, chances are good that the music kit would actually be in the game.