Many people are completely unaware that it doesn’t matter where the bullet landed on your screen.

Certainly, you have repeatedly cursed CS: GO in a situation where a bullet hit an opponent on your screen, and yet he did not receive any damage.

All because the place where the ball hit on your screen has no reflection in reality. For what? According to Valve, this is an additional hurdle for cheaters. No, this is not a joke.

READ MORE
A combination of CSGO and Team Fortress 2. One player showed what such a thing could look like

It’s been the same for years, but still a lot of people don’t know it

Where the bullet hits your screen has nothing to do with what the server registers. ZooL, one of the CS: GO modders known on the scene, reminds of this. He shows with an example what it looks like in real life: 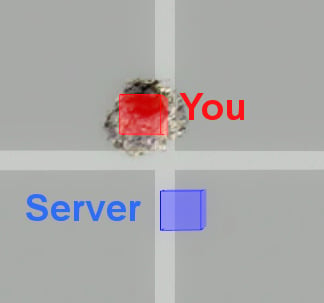 The red cube is where the ball hit from the player’s perspective, the blue cube is the actual hit point. What’s funny, the servers can easily turn it off with the command:

Probably many people now have “ooooh” in mind. If anyone had any doubts, ZooL recorded a short video showing what the situation looks like with the command turned on and off (the first part of the film is the server-player division on).

The discrepancies are large. Many still are surprised to see that they’ve been cursing CS: GO over the years for something that is theoretically supposed to protect them from cheaters. 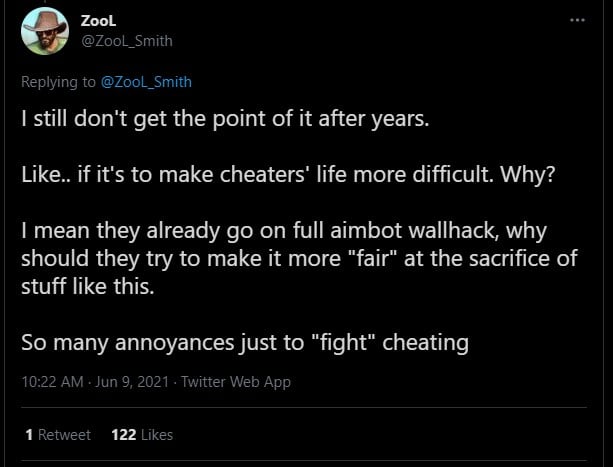 How is that supposed to help? A good question that most of the community is asking. Until now, it is not really known how it is supposed to make life difficult for cheaters since it clearly does not work.