The player decided to show what the combination of Team Fortress 2 and CS: GO would look like.

One player decided to show others what a combination of Counter-Strike: Global Offensive and Team Fortress 2 could look like.

For this purpose, he created pictures that contain all the gameplay elements known from CS: GO and the graphics from TF2. It looks really interesting, which makes you want to be able to play a game like this.

READ MORE
The new CSGO update predicts another operation? Valve has complied with the players’ request

As you can see in the screenshot below – the title largely resembles CS, but the graphics and character structure make a significant difference. Some people think that this combination could have been used by Riot Games developers to create Valorant because it resembles this title a bit. 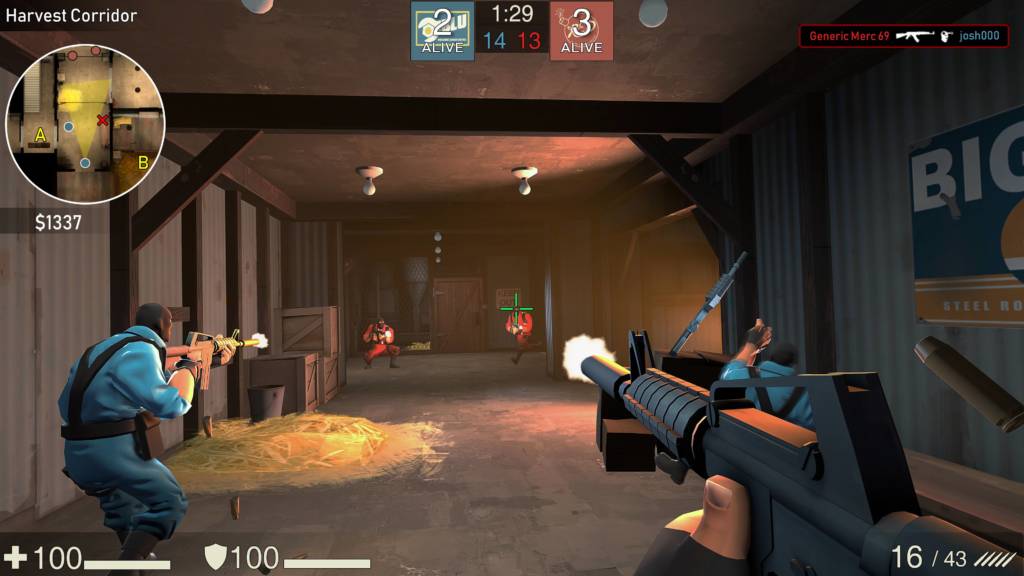 A similar game could gain enormous popularity among the community because the gameplay mechanics of CS: GO are very well known and appeal to FPS fans.

On the other hand, reducing the realism and reviving the colors could be a very positive element of the production, and in addition, it would attract Counter-Strike and Team Fortress 2 fans.

It is worth noting that the CS and TF2 community like to connect very often, and in this way a whole lot of content is created that brings the two games together. A great example is the following video, posted on the AstroPilot channel on YouTube: