Yesterday, the anti-cheat banned less than 200 people. This is the lowest result in at least six months.

The cheats topic in CS: GO has already been talked about in every way possible. It is known that there is a huge problem with them that Valve simply cannot deal with. The anti-cheat, which yesterday banned less than 200 people, is on guard.

Is the number of cheaters decreasing? It’s hard to say, according to the players, there are more and more of them. Meanwhile, the number of bans in recent months is only getting smaller, as if there were just fewer cheaters.

Yesterday there were only 197 bans in CSGO

The fact that generally fewer people play CS: GO than six months ago is definitely important here. A smaller community pool means fewer cheaters. However, it is worth mentioning that in 2019 records of 200,000 Vac bans a day were broken.

Meanwhile, in 2021 it may happen that it will be several dozen a day. The chart from the last 6 months perfectly shows that the number of imposed bans is only smaller. It hasn’t been over 1000 for a couple of weeks now. 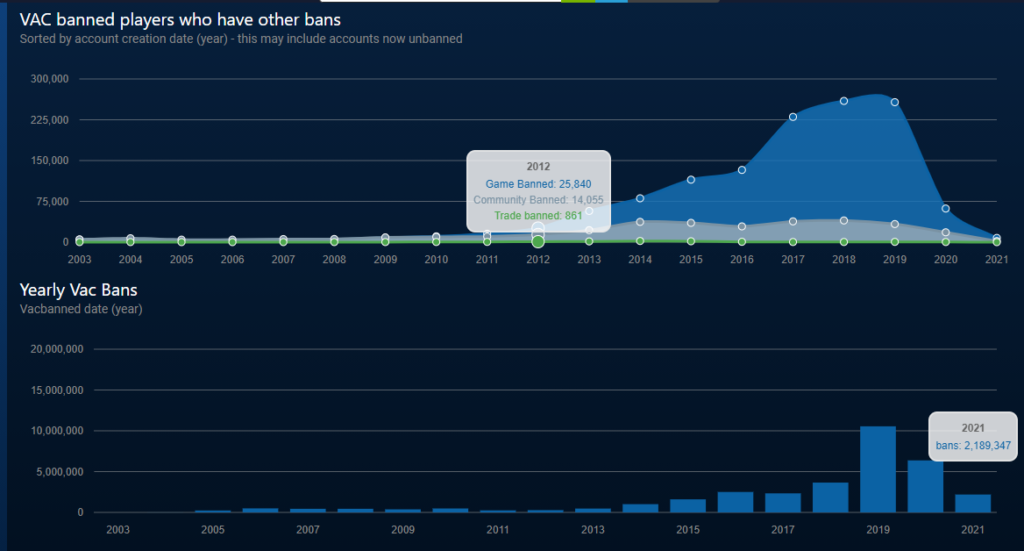 A comparison of the number of bans shows that CS: GO went back a few years. We are approaching the end of the year and it is doubtful that the number of suspensions will suddenly increase dramatically.