Formula 1 has a lot of inside memes that don’t necessarily have much to do with the racing itself.

CS: GO is full of various easter eggs, references, secrets, so it’s hardly surprising that the worlds of Formula 1 and Valve’s production finally meet. All thanks to the community map that was put into Wingman mode.

The fact that the Pitstop map refers to racing should not surprise anyone, it is even based on motorsport. Interestingly, the creators hid a certain easter egg there that not everyone will understand.

On one of the walls, there is an inscription “Sbinnbala”, which, to some players, will mean nothing. Others just smiled slightly.

Why is “Sbinnbala” so important that it landed on Reddit’s main F1 page? This is a reference to a meme from two years ago. The racing fans laughed and are still laughing at the spinning of the cars on the track.

“Sbinnbala” came from one of the edits of the conversation between the driver and the team shortly after the crash. You can see the recording itself below.

The term caught on very well and is still used today, often with emoji instead of B. 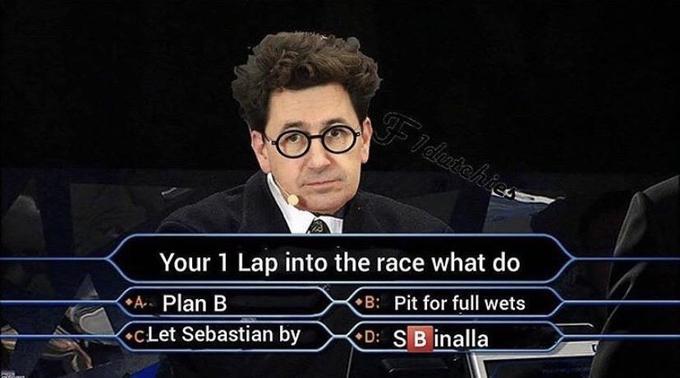 Normally hardly anyone would pay more attention to it. And here it is, this little thing has made a lot of confusion in the CS: GO community, but also in F1.