During one of the matches, there was a rather unusual situation in which the player could not destroy one of the windows.

The clip from this situation quickly became one of the most popular in recent months when it comes to Polish Twitch from CS: GO. Why? It looks just bizarre, the player tries to destroy the glass, which for some reason does not give up.

The clip finally landed on Reddit, where the explanation of the puzzle probably appeared. However, the irritation had to be really big: 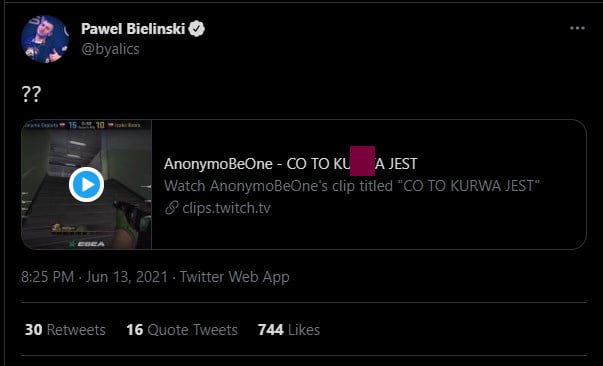 READ MORE
Bug in CSGO interesting enough that players even ask to leave it. “Dead” trees on the Overpass

What happened in there?

Everything happened during the game between Izako Boars and Anonymo Esports. It’s hard to describe, so it’s better to just see:

Byali tries to break the glass, which is clearly not giving up. However, this is probably a visual error and the glass is not actually there. As Reddit user “ptr6” writes:

“Some weird desync where the server thought the window was broken but the client didn’t get the message?”

And it probably is the desynchronization, because the first shots go through the glass and eliminate the enemy. The situation was so strange, however, that the video has already been played over 15,000 times. CS: GO continues to surprise with both great actions and such strange bugs.