The AUG has been much more often seen in the past.

Counter-Strike: Global Offensive players perfectly remember that a dozen or so months ago AUG was something completely natural at professional tournament matches.

Back then, this weapon was much more effective, and even Astralis was nicknamed “AUGstralis”. After a while, however, the issue returned to normal, and again, this rifle is rarely seen during the matches.

CS: GO players are laughing at Astralis’ return to AUG

As you can see in the picture below – during one of the last matches the Astralis team decided to buy four AUGs and one AWP. The equipment of this formation looked very similar in the past. The Counter-Strike community of course noticed this and started laughing at the return of “AUGstralis”: 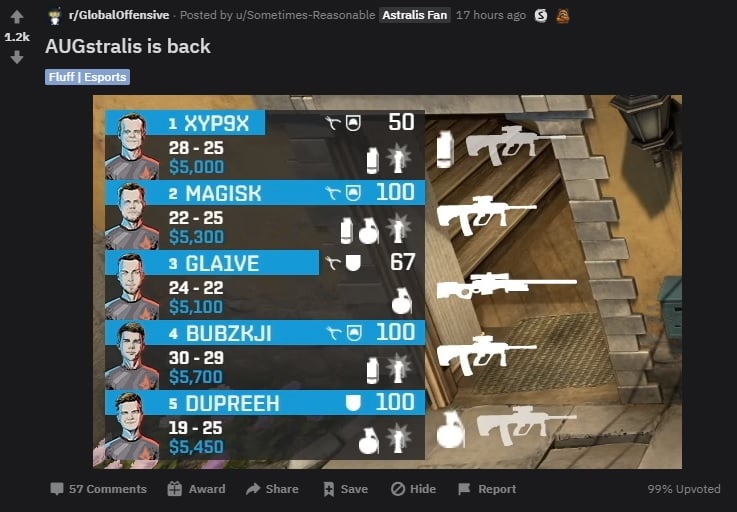 It was probably just a “one-off” feat, and Astralis has no plans to go back to playing AUG consistently again, as it’s simply not very profitable. Nevertheless, it is quite an interesting tidbit and a temporary “return to the past”.