Valve is getting engaged in a discussion about throwing grenades.

Currently, in Counter-Strike: Global Offensive, we are able to transfer some of the money earned to our allies. However, this can only be done by purchasing a weapon, but this does not apply to grenades.

We can only drop these after getting killed and it will be only the last one we held in our hand. However, perhaps an option to drop them on “G” will be added to the FPS.

Counter-Strike: Global Offensive is a legend in the world of esports and FPS. The game has a really huge community all over the world, and tournaments are watched by hundreds of thousands of players. Developers, however, are known for not being too interested in their production, and players have to wait a long time for new mechanics.

Now there is a glimmer of hope that in CS we will be able to throw grenades to allies, which is a great option when they don’t have the money for them. The official CS: GO Twitter profile got into a discussion under this clip from a user:

The author also added that it would be really risky and could break the game, to which CS’s profile responded: 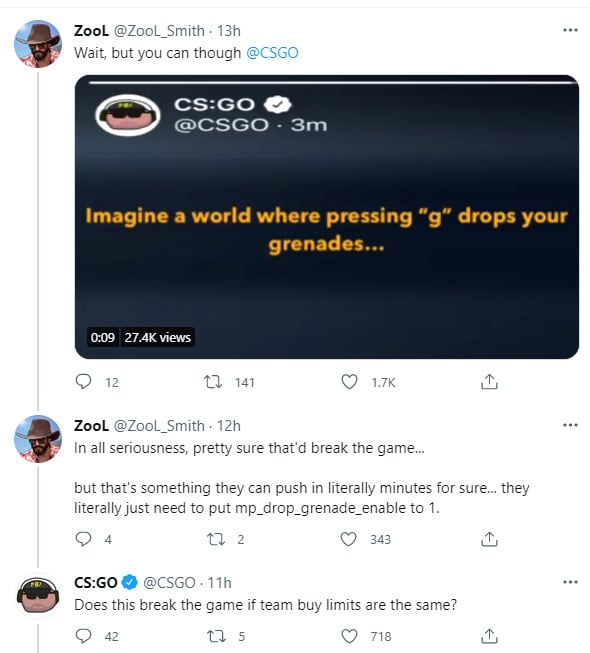 But that’s not all and as you can see, the discussion was really serious, because another entry was added. This time about new possibilities. It was also considered an interesting topic that should be discussed. 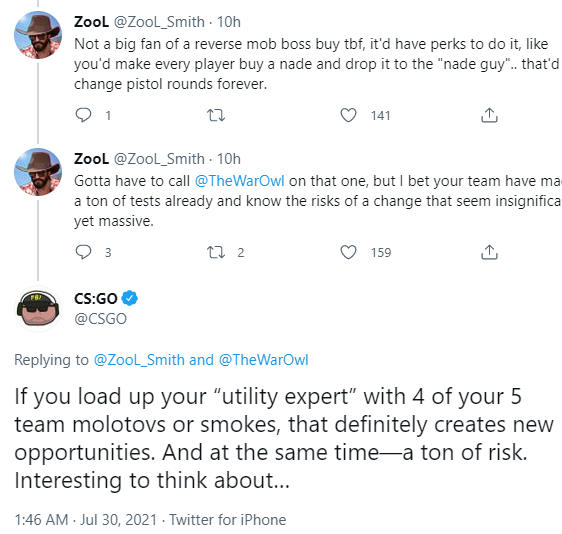 This is unusual because developers usually do not comment or enter into discussions. Does this mean that the grenade drop mechanic will be coming to the game soon? It is not confirmed at the moment, but players are speculating that such great interest from the creators may suggest it.