CS: GO is not doing very well at the moment, although of course, many factors have to do with it, meanwhile one of Valve’s games is breaking records.

The summer period is always the worst when it comes to the popularity of games and the number of people on the servers. Good weather makes players simply go outside, go on vacation etc. Therefore, CS: GO has had the worst results in about a year.

Is this something worth worrying about? Probably not, at least not at this stage. It is quite normal, the previous year was simply unique in this respect due to the situation in the world.

READ MORE
What would CSGO look like if Valve were only playing around with lighting? The are many possibilities

Meanwhile, Valve has reason to celebrate quite unexpectedly. Released in 2007, Team Fortress 2 is now breaking absolute records in terms of the number of players on servers, at least according to official Valve statistics.

Players on Reddit themselves write that being tired of CS: GO they turn on TF2 for relaxation. It is not known if this has anything to do with such a leap, but clearly, Team Fortress 2 has benefited as CS: GO has lost. However, there is no evidence here that the two games are related in this way.

For the first time in its long history, the barrier of 150,000 people was broken, which is a really great result.

For now, however, TF2 is not very popular on Twitch. The game rarely exceeds a total of 1000 viewers at one time. But as you can see, it’s enough to break your records. 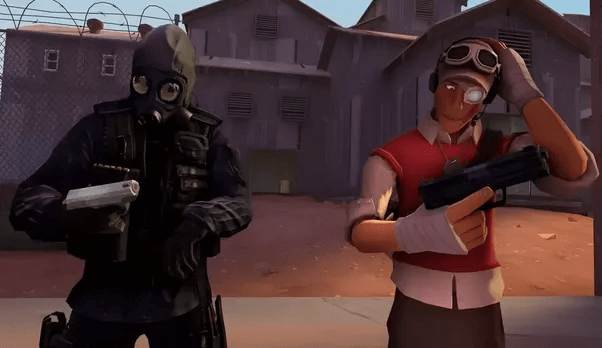