One of the CS: GO players shared what he recently got from his girlfriend.

It’s rather natural that people get pissed off sometimes while playing. Despite this, the girlfriend of one of the players decided to listen to her boyfriend’s game for a week and write down the sentences she heard. It turned out so much fun that the topic quickly became popular on Reddit.

As we read in the title:

“My GF has been secretly writing down things I say while playing, this was just the last week. I think I need anger management.”

Was it that bad?

The calendar titled “Gaming boy quotes” features a dozen or so lines typical for CS:GO players. It’s not terrible, although there are a few curses here and there. 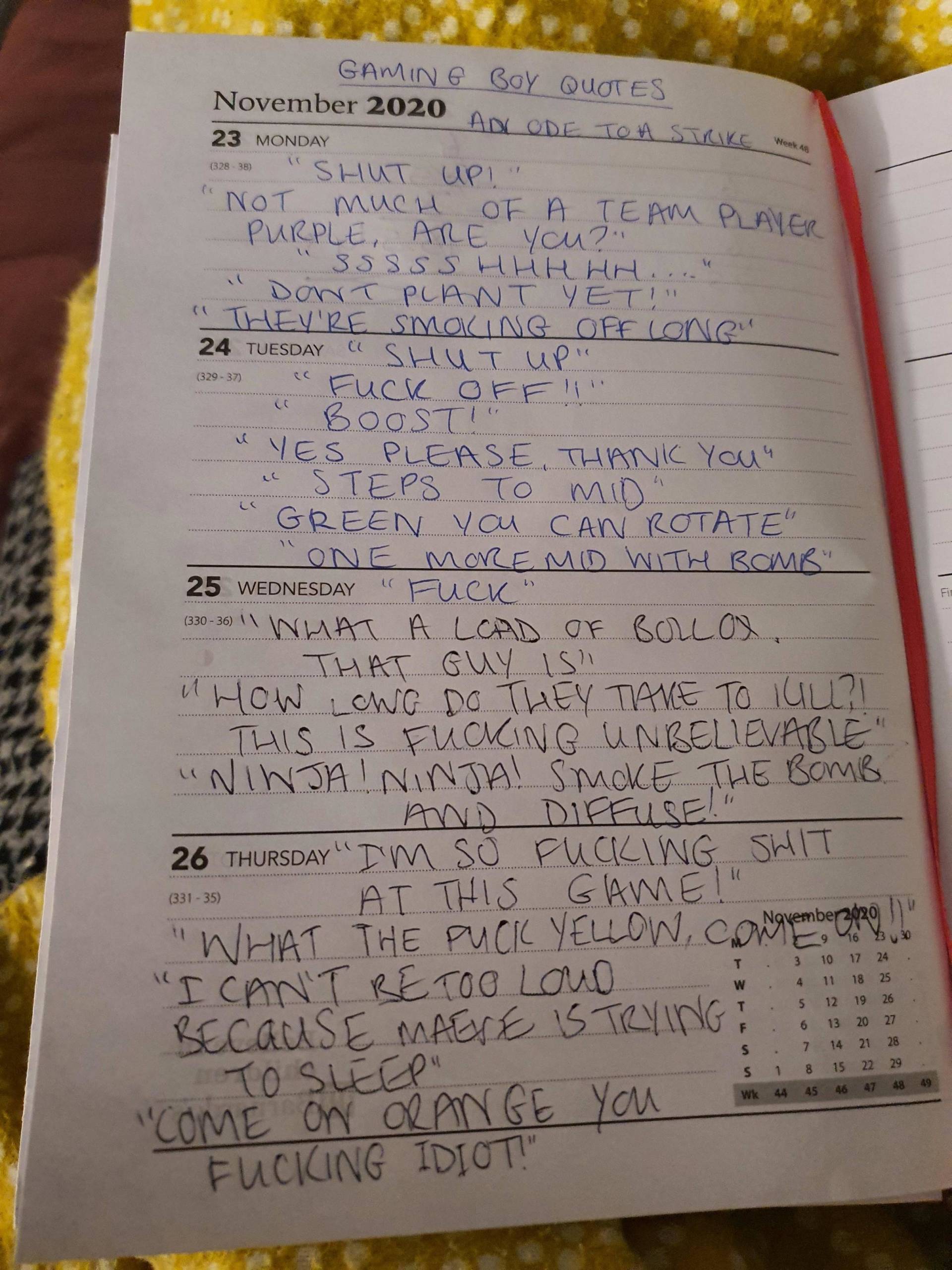 This is generally a good experiment worth doing. In this particular case, much depends primarily on the context. You could shout “F*ck off!” as well as respectively deliver the line in some other way. Although in the end, both mean the same thing.

In all this, there is also the surprising “Yes please, thank you”, so it is possible to be nice sometimes.