Developers are increasingly posting weird stories on Twitter. Gamers wonder what’s going on with that.

Recently, we informed about a mysterious story on Twitter, which did not matter much, and later about an equally mysterious screenshot from Inferno on A. Now the developers have released another story where… they give some advice, especially to players playing on the side CT.

What did Valve say this time in their post?

Below you can see another story from Counter-Strike developers: Global Offensive. This time they advise CT players who have “little resources against terrorists with AKs.” They write that it is possible to skip buying a helmet and upgrade your equipment instead, as “the head armor won’t protect against AK headshots”.

It’s hard to call it any production hint for the future, but it’s very possible that the developers want to “improve” their contact with the community. Especially that they have recently become more and more active in social media. 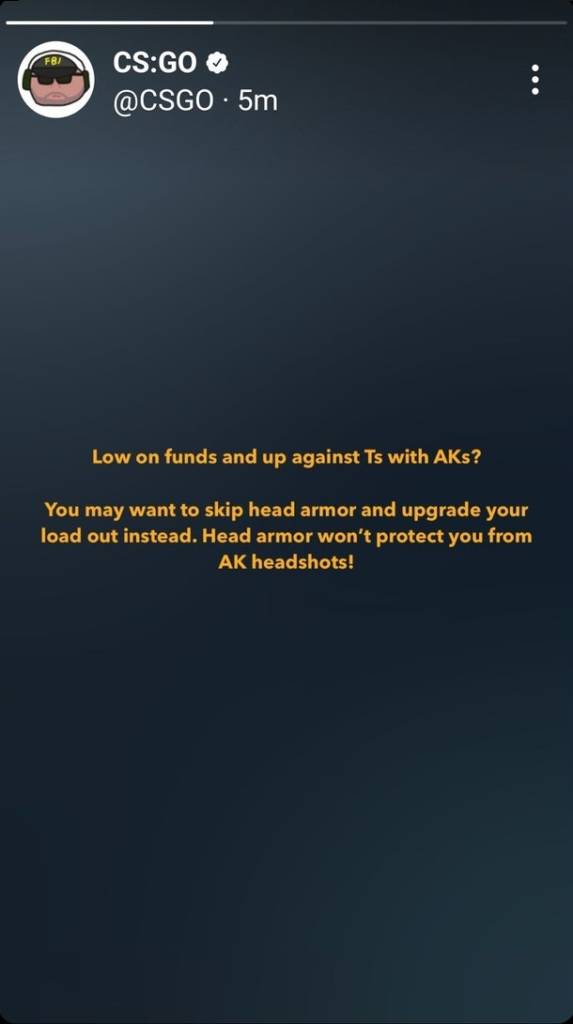 Perhaps this is also the developers’ plan to get more talk about the game thanks to such entries. It’s a pretty good option for the time being, as players follow Counter-Strike: Global Offensive’s story on Twitter.