Another CS: GO player’s girlfriend steps into the action and decides to write down what he says during the game.

Two months ago, a scrap of a diary appeared on the network, in which one of the girlfriends of CS: GO players wrote down what he said while playing. A completely different girl decided to be inspired by this. As a result, a second entry in this style was created.

Let us recall what it was all about here. The partner of one of the players decided that he sometimes says such strange things that it is worth starting to write them down. As a result, a whole record of a few days was created with sentences that seemed strange to the girl. The post became quite popular and – as you can see – inspiring to others.

READ MORE
Command in CSGO that gives up to 60FPS. It’s worth trying it out if you haven’t checked by now

Every player will get pissed off occasionally and this is rather normal. Reddit’s user girlfriend with the nickname “PocketSandYAHHH” figured she would start writing down what her boyfriend said too. This time not on a piece of paper, but in a document.

“My girlfriend was inspired by another entry on Reddit. She secretly wrote down my chat conversations and I burst into tears with laughter.” 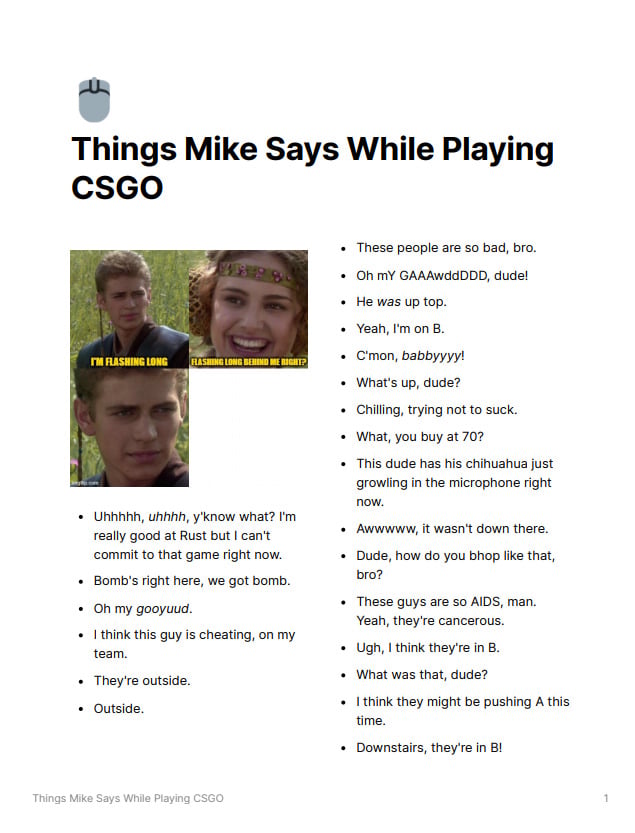 Was it that bad? Rather not, although a few stronger expressions appeared as standard, this player clearly did not take it out on others. It is very possible that in some time such an entry inspired by the previous ones will be created again, and in it, we may notice more interesting texts.