Valve’s philosophy, in which developers are reluctant and often arguing with players, is one thing, but brilliant advice to get rid of all the evil in CS: GO is another. The community directly says that those responsible for the social profile on Twitter apparently do not know at all in what state the Global Offensive is in at the moment.

Players troll en masse with commands, which can be incredibly annoying. Valve, on the other hand, advises to simply silence such individuals, rather than approach the matter more comprehensively.

It has become popular recently to assign various, sometimes weird, commands that can really irritate your allies.

Gamers started to complain about it and it’s hardly surprising. So on the official CS: GO account the solution appeared: 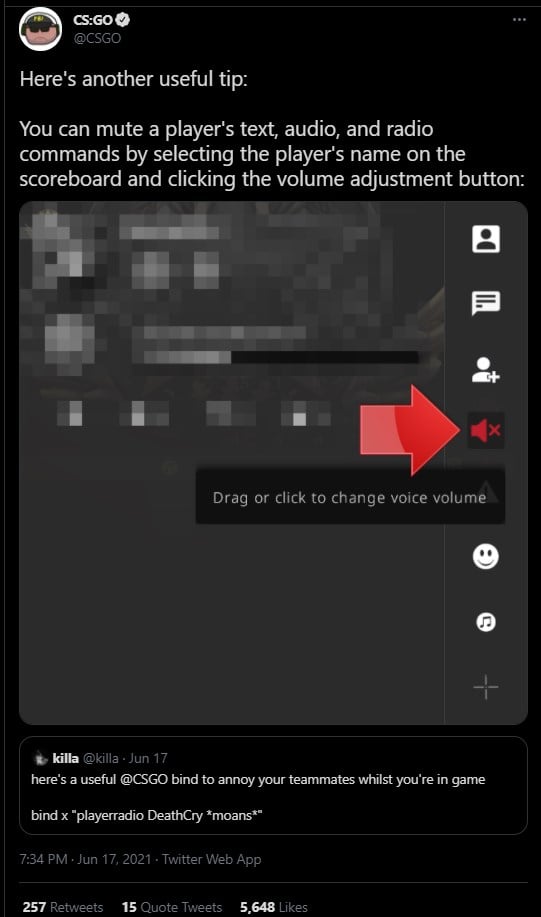 Of course, according to the community, muting alone is definitely not enough and it should simply be done with in a more extreme way. At this point, such trolling is in no way limited or punished.