The CS: GO community laughs at Valve developers who have found an unusual way to stop cheaters.

Valve’s FPS has been struggling for a long time with scammers who took over the servers at some point. The situation is really bad, which the creators of CS: GO know very well.

So the developers came up with a “brilliant” idea that will surely help eliminate dishonest players.

READ MORE
The new update in CSGO allows, among other things, to save your favorite maps in matchmaking

What is the “devilish” plan of the creators of CS: GO?

This morning, another update of Counter-Strike: Global Offensive hit the game. You can read more about it in this article. This update added the Fair Play rules to the game, which any player who currently joins the Valve public servers agrees on. You can read its content below: 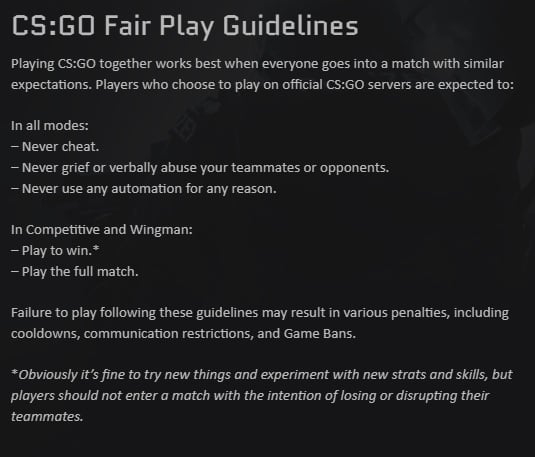 In one of the sub-points, the developers prohibit, for example, cheating or making the game difficult for their teammates or insulting them. This rule seems to be fully right and surely every CS: GO player knew that such behavior was not good and against the rules of the game. 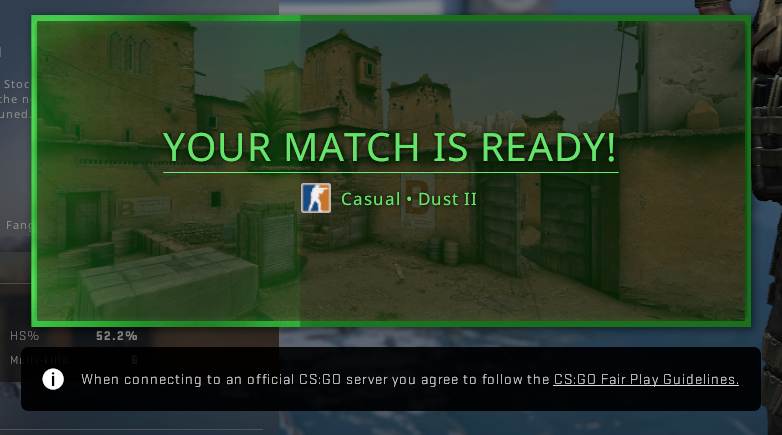 Nevertheless, such offenses are almost commonplace in Counter-Strike, and the introduction of Fair Play rules, which each user must confirm before the match starts, will not change much. The community is now laughing that this is a new way for developers to deal with cheaters.

Fair Play rules, which operate in the form of “promise not to cheat”, do not seem to make dishonest or toxic players disappear from the CS: GO community.