Valve is up to something weird. They are preparing to switch to a different engine, but there are many unknowns in all of this.

People tracking Valve’s every move report that the studio is up to something that is connected to the new CS:GO engine. Two days ago, we informed that Dota included references to the Danger Zone mode and maps from Counter-Strike.

Now it is known why there is so much mystery. There are actually a few different scenarios, but they all sound interesting enough to be worth considering.

READ MORE
CS:GO hackers can create their own servers by stealing players’ accounts and skins. And Valve is not responding

What’s up with Valve?

As we read in a Twitter post by one of the people who feels at home in the world of Valve, recent changes may be dictated by several things. What are these changes, anyway? Obviously an update in Dota, but also a change from “source2” to “unassigned”.

The most pessimistic version assumes no porting CS: GO to Source 2 altogether. As we read, it may as well be: 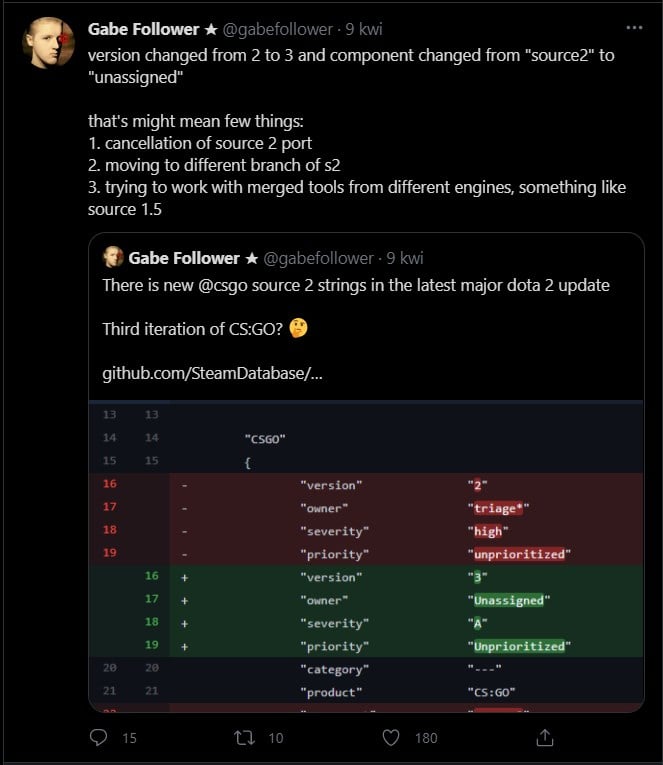 Many people immediately took the information about Source 1.5 as confirmed, but you definitely can’t call it that. There seems to be a good chance of creating a version between Source and Source 2, but it’s too early to take it for granted.

Certainly, Valve is up to something. The only question is what exactly. Something was tested on internal CS:GO servers recently. Maybe that’s what it was about?