Team kick affects rank in CSGO, players are now sure.

One of the popular practices in Counter Strike Global Offensive is asking allies to be kicked out of the team when we lose. This is to prevent losing your rank and save time playing another match at this point.

However, it turns out that the practice is not that perfect and when we get kicked out of the game we still lose ELO.

READ MORE
The most useless feature in CSGO has become useful. How to use it?

Kick and the loss of ELO

In CSGO, ranked matches work on very simple rules. If we win, we advance, if we lose, we will be ranked down. Therefore, players who see that the match is about to end with their loss, ask their allies to kick them out. This is to avoid a penalty for losing, but now it turns out that it does nothing and we are still losing points.

At least that’s what one Reddit user who was relegated after being kicked out of a 16-0 winning game.

Here is the image he attached in the post: 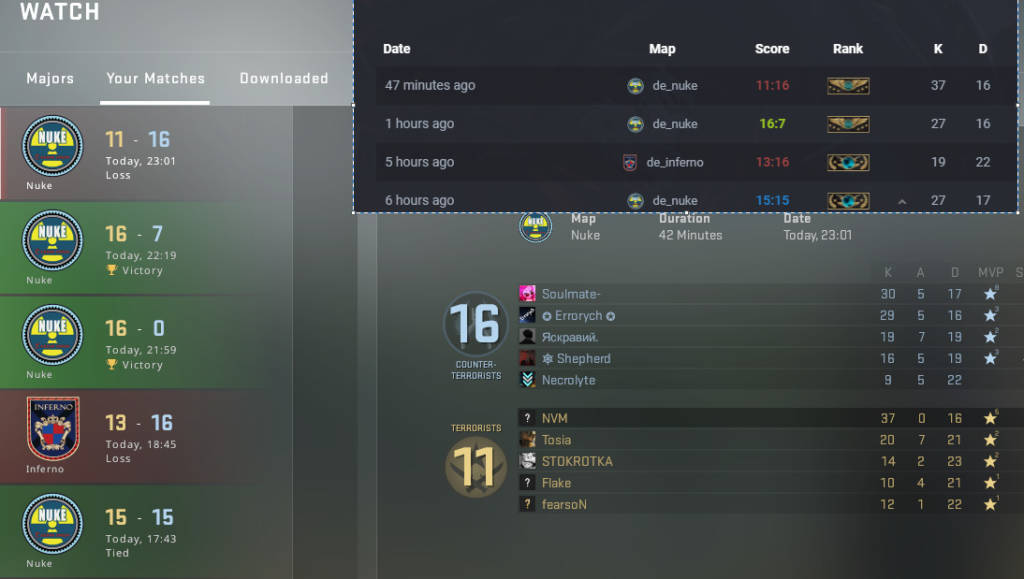 As we can see, he was actually ranked down from Global to Supreme after this match, which seems to confirm his theory. Commentators are not entirely sure about it. They believe this may have happened after the system detected there was a cheater on his team, which is also likely.

However, losing ELO after getting kicked out is highly probable and we should be able to take that as confirmation. Nevertheless, this is not official information and we still have to take it with a grain of salt.