ESL has an unusual problem. Official profiles have been flooded with complaints and discussions about the Super League.

A few days ago, the formation of the European Super League was announced. Everyone who is interested in football will know what it is about. The largest European clubs create competition for the Champions League. This case is extremely media-friendly and very controversial.

Unexpectedly, the world of football has met the esports one. It turns out that people mistake the acronym European Super League for ESLGaming.

A mistake of generations

The official ESL profile has published a message aimed strictly at “boomers”. He explains briefly that it has nothing to do with Superleague and that there was a mistake. This is the result of mass entries on the ESL and quarrels that arose on official profiles. 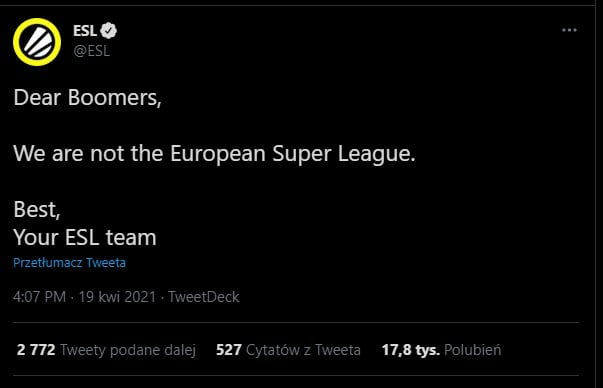 Funny or not, it was definitely to be expected. On the other hand, profiles with ESL prefixes only published information from games. You really had to try to confuse the entities. 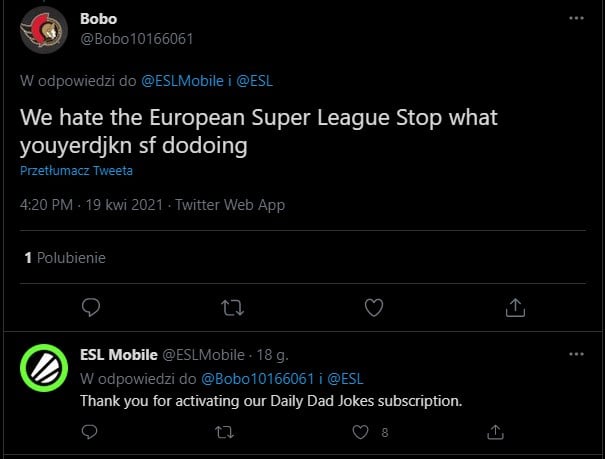 It evoked the expected emotions among people familiar with the games. Lots of better and worse jokes popped up.