CS:GO players are surprised by Faceit’s decision. The authorities decided to leave Train and throw out Cache.

Counter-Strike: Global Offensive’s professional players and the community of Counter-Strike did not seem very happy with the developers’ decision to reshuffle the map pool.

We would like to remind you that Train lost its position to Ancient. It was probably noticed by the Faceit owners, who decided to leave Train and insert Ancient… at the expense of Cache.

READ MORE
How many knives did a CSGO player drop after opening 1,446 crates? A number that may surprise you

From now on, you can no longer play Cache on Faceit

Of course, there were many players who criticized Faceit for the decision they made. It seems that players in the world simply do not like to say goodbye to maps they have spent many hours on and deleting them is not convenient for them.

On the one hand, it may be difficult to forget about some of the maps, but the new ones can add some fresh air to the game. 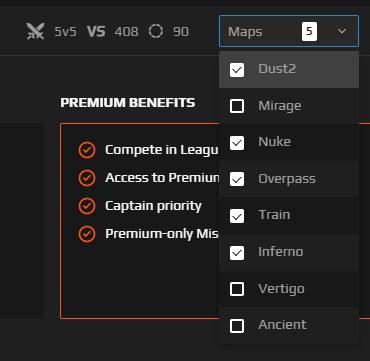 It’s hard to say if Cache will ever return to Faceit. It is certain, however, that it will still be playable on Valve’s servers and this should not change in the near future, as developers do not want to impose too many new maps.