The duration of a round depends on many factors. Do individual ranks play them faster or slower?

GG Predict decided to check the average time of playing rounds on individual ranks in Counter-Strike: Global Offensive. Of course, the duration of a given round depends on many factors, such as what both teams are planning. Sometimes players choose to play slowly, and sometimes they want to finish things as quickly as possible.

However, can the ranks at which the match is played affect the duration of the round?

READ MORE
“Paid CSGO” has taken its toll. The worst stats in a year. Will Valve react?

Interesting statistics on the duration of individual rounds in CSGO

In the chart below you can see that on average the rounds last much longer on Faceit’s servers. Both there and in matchmaking, the lowest ranks play rounds faster than the averaged ones. The highest ones, however, can play one round the fastest of all, a phenomenon that can be explained by the fact that the best players usually know what they are doing best. 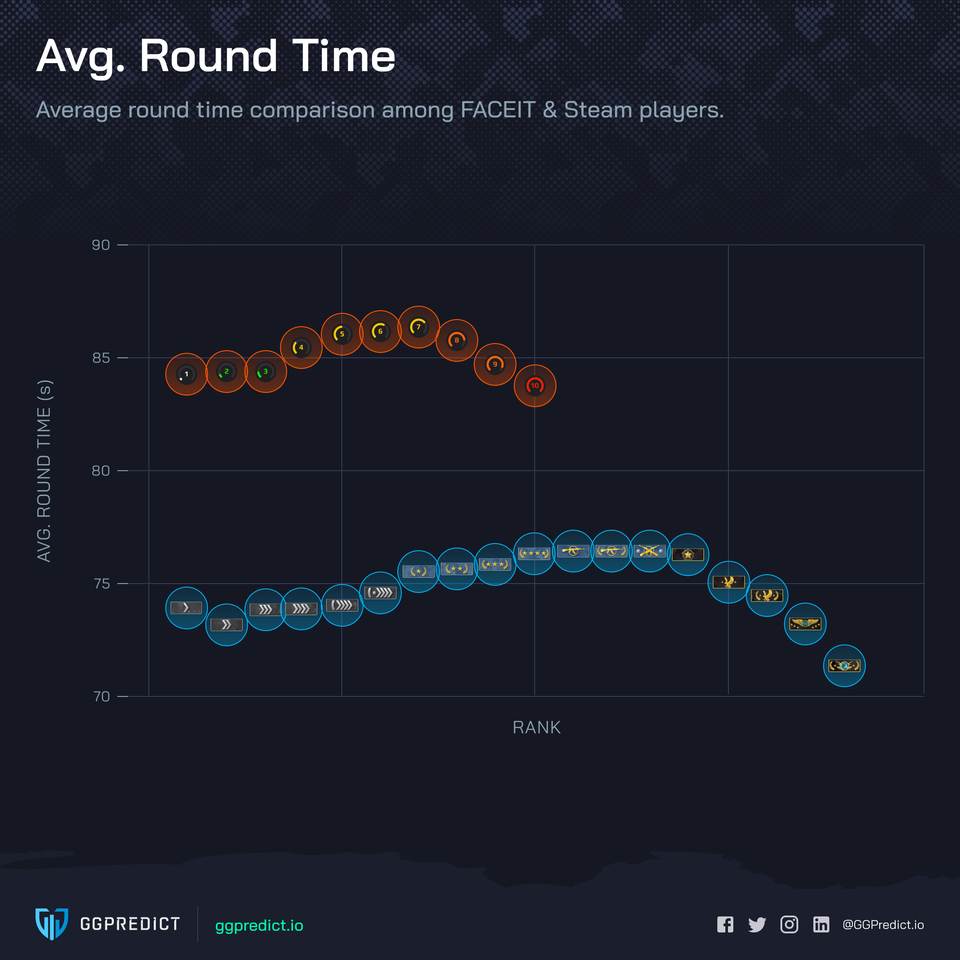 Usually, the best before the start of the round, they set their goal and go towards it, while maintaining confidence. It looks a bit different in middle ranks, where the plan is often changed several times during the game.

The rounds, and thus the Global Elite matches, take the shortest time and the final result is recorded much faster than at all other levels of the game. This is a very interesting phenomenon that is worth knowing about.