Nades are an essential part of CSGO. The best players know about it, and it is worth taking an example from them.

Over time, experience is gained by playing Counter-Strike: Global Offensive, and this allows you to see certain details in the game that you did not notice before. One of them is primarily the role of grenades, without which the fate of many matches could have taken a completely different course. It is worth seeing how often professional players use them.

READ MORE
A famous professional CSGO player had an accident. He wasn’t seriously injured, but his BMW M3…

How many grenades do CSGO players throw per round?

The graph below shows the statistics from individual maps, which show how many specific grenades are thrown by players per round on average. Flash is most often used, but the Nuke is an exception here, where smoke grenades are definitely more useful. 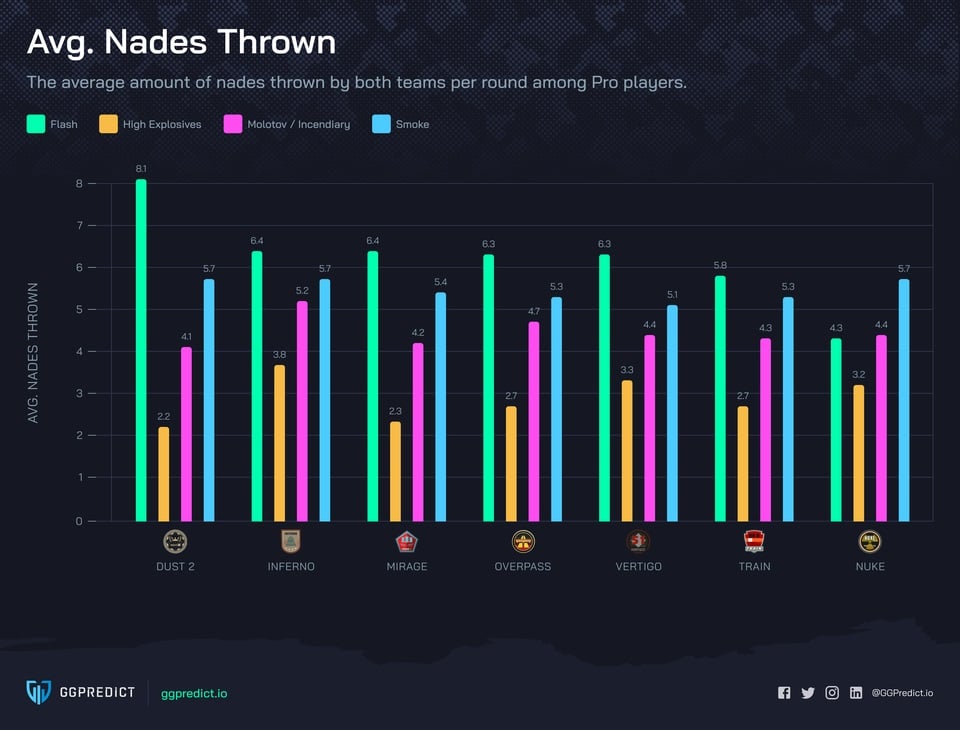 Regardless of which grenades are used most often – it is worth noting that the smokes themselves are used 5-6 times during one round. This only shows how important grenades are and that it is definitely worth using them.