Is opening boxes in CSGO profitable?

One of the Counter-Strike: Global Offensive community members opened exactly 1,446 cases. It is difficult to imagine how much money the player had to spend to open such a significant number of them. How many red skins or knives did he get? It would seem that the player must have every exclusive skin, but the reality is much different…

As the user closeOne wrote in his post on Reddit – he spent 4,500 dollars on opening cases and ultimately failed to drop any knife. This seems to be a huge misfortune for the player, but it shows that in order to drop it, you don’t necessarily have to open a lot of boxes, but just be lucky.

Also, the number of red skins for this number of cases is not satisfactory, but… these are the realities of CSGO. 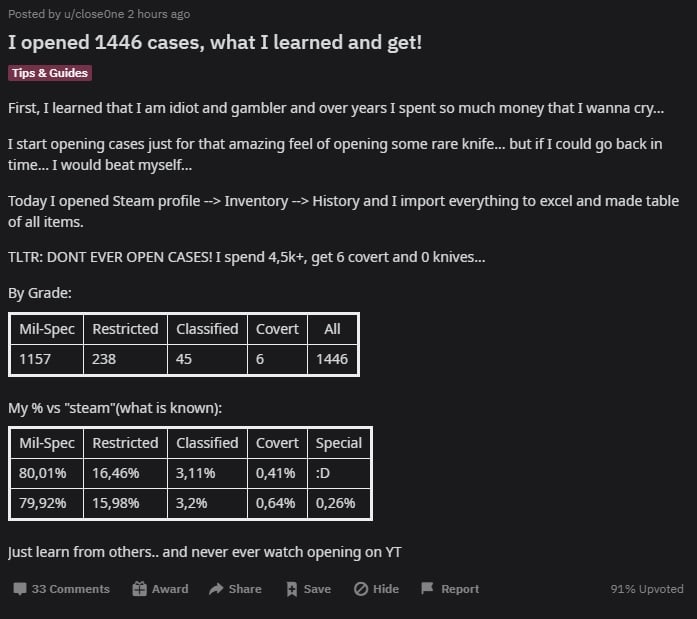 The whole situation shows that it is not worth opening cases in Counter-Strike. External websites that offer their own cases are definitely more profitable. You can get much more valuable things from them than directly from the game.