Statistics that show how many percent of the chances a player has to win the clutch in certain situations.

GG Predict impresses again with the analysis they made. This time it’s about clutches and how many percentages players have to win a round in Counter-Strike: Global Offensive when they are left alone against a few of their rivals.

The website has checked it in various situations, and most of all on different maps, so it can be quite interesting knowledge.

READ MORE
The fastest smoke on door B on Dust 2? Definitely every CSGO player should know it

What are the chances of winning a clutch in specific cases?

Below is the case of a clutch on a Mirage. In most cases, and this is also the case here, terrorists have a greater chance of winning in such situations. This is due to the fact that after the bomb has been planted, they can only defend the BS, putting pressure on the CT players without being eliminated at the same time.

TT has a 25% chance of success against the other two opponents. It really is a lot. 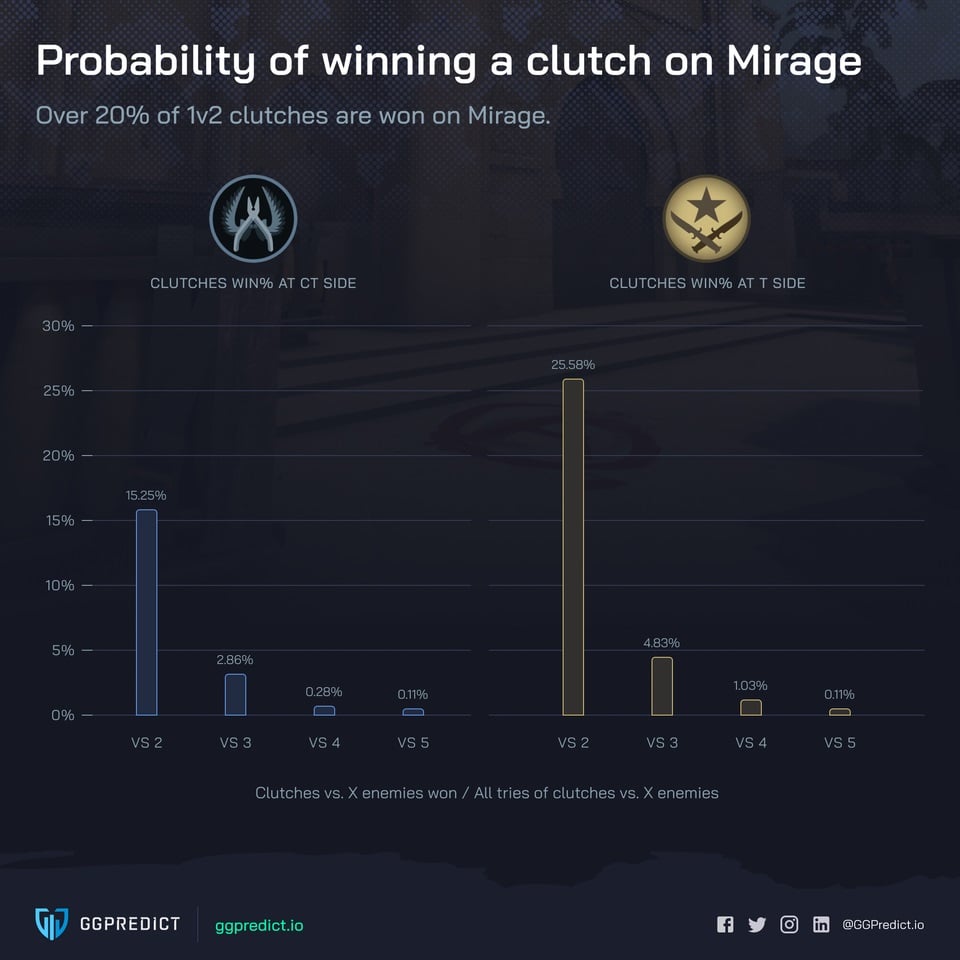 The situation is very similar on Dust 2. It is worth noting, however, that TT players have the highest chance of winning in a 1v3 situation on this map. 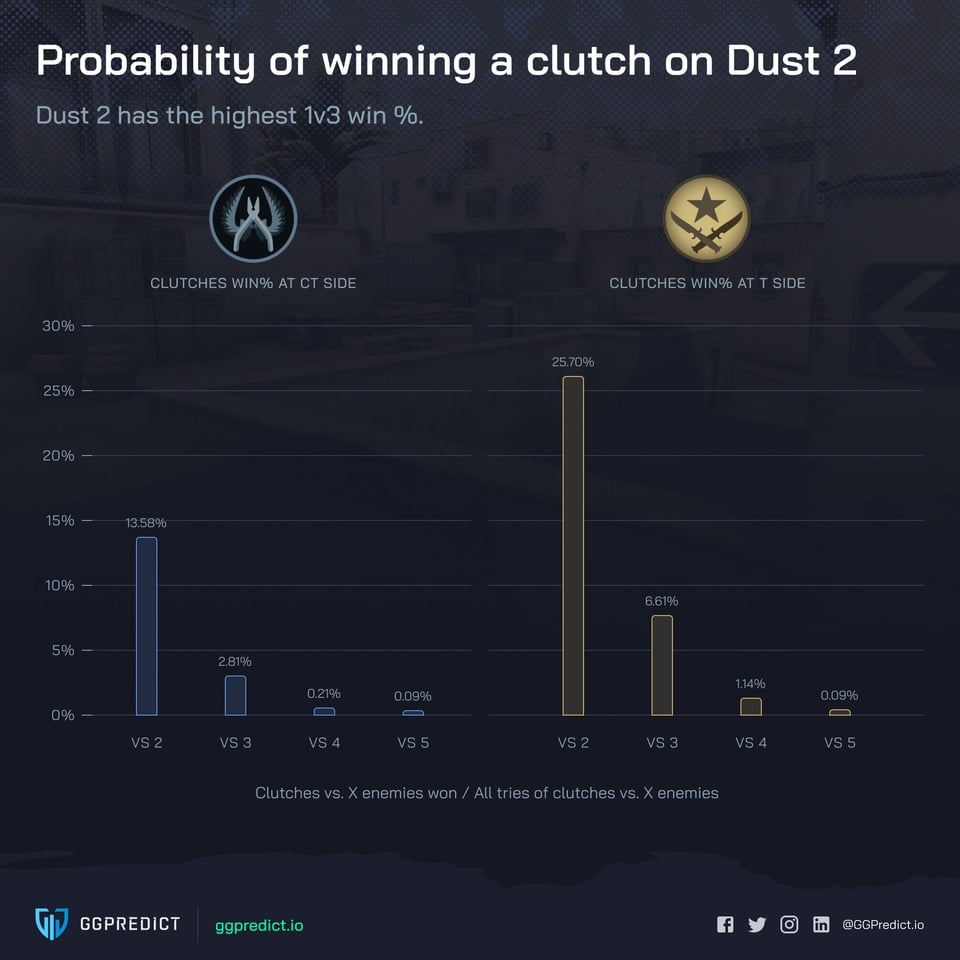 Below we can also see statistics from Train, Inferno, Nuke, Overpass and Vertigo: 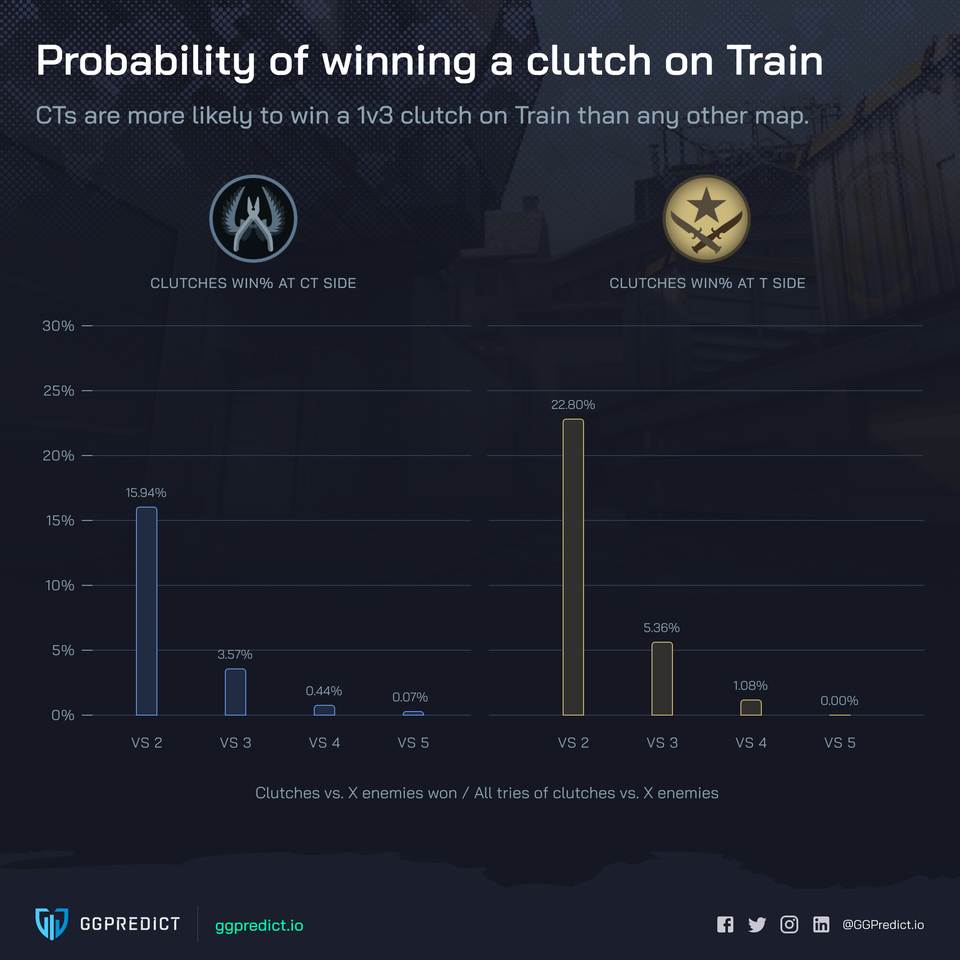 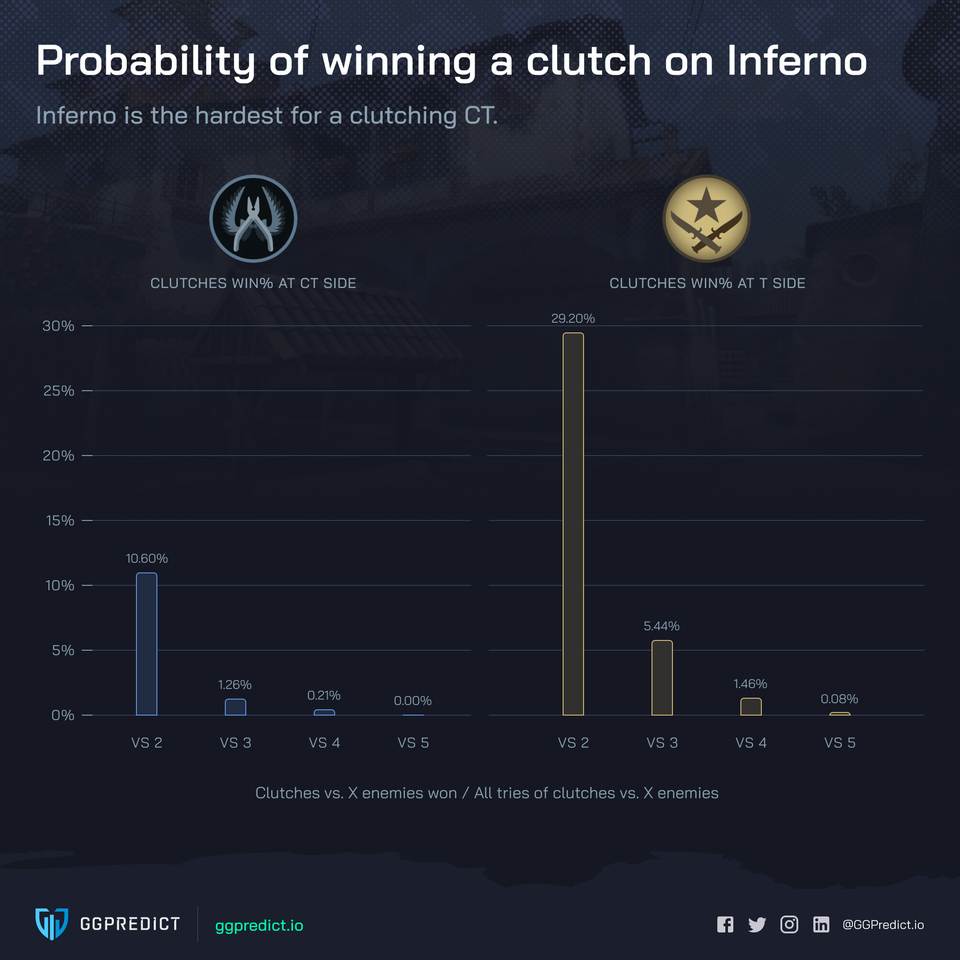 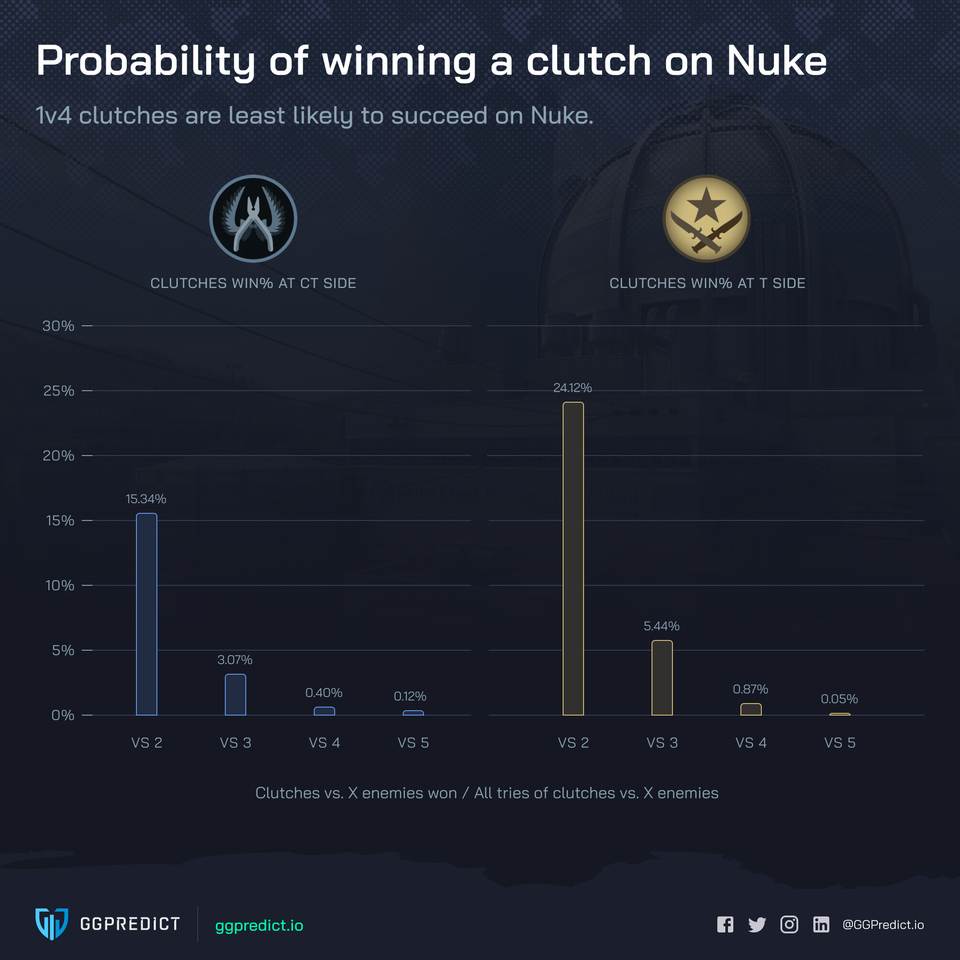 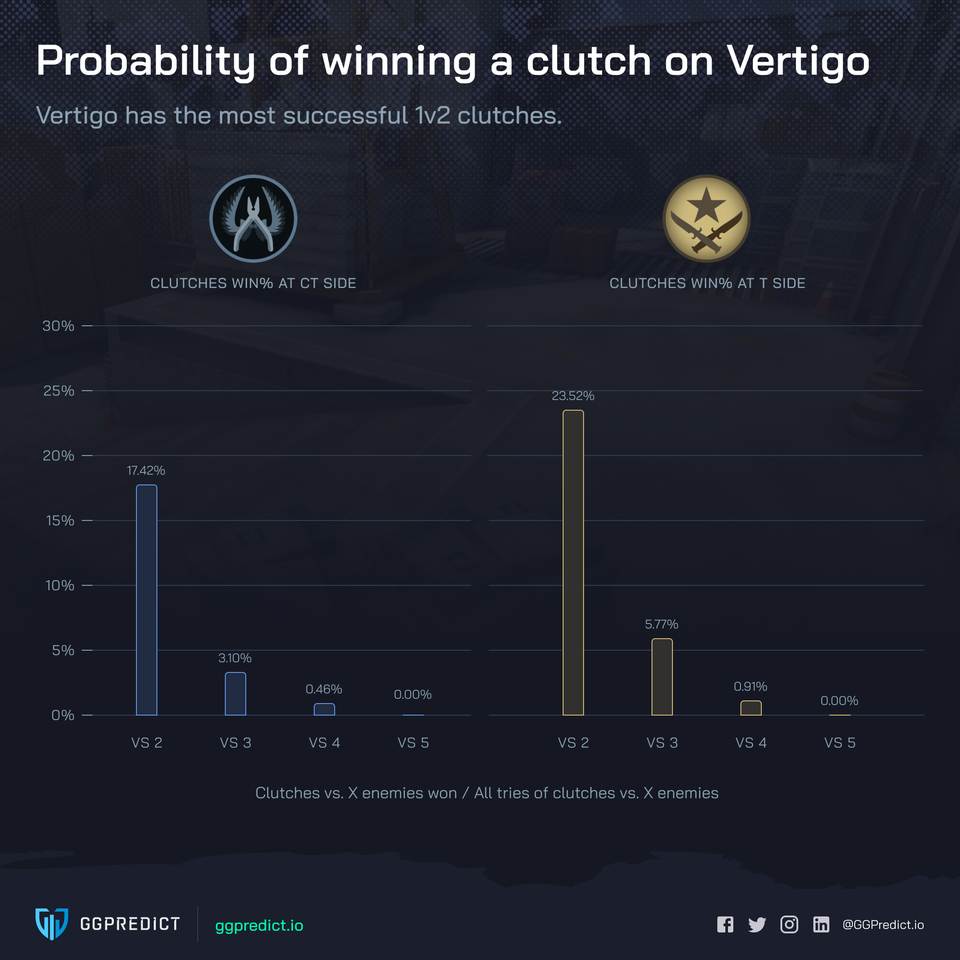 It seems that, as a rule, terrorists have it much easier to win clutches than anti-terrorists. Of course, this is not a big surprise considering the tasks of both sides of the teams that can make them win.