CS: GO players have noticed that the medals in the game are too imprecise. Will they save more details?

One of the Reddit users, using the name “KR1ZER”, proposed changes to the medals in Counter-Strike: Global Offensive. In his opinion, by the color alone, it is difficult to determine which badge level a player has.

In addition, it is not possible to check, for example, when a given account received it. Therefore, he suggested for the medals to be more detailed and even showed what they could look like from the graphic side.

What could the change proposed by a CS: GO player look like?

In the graphic below you can see what the change would look like. Currently, when you hover over a medal, only its title is displayed, which very often says quite little. After the changes suggested by “KR1ZER”, there would be the date of awarding each level of the badge, its current level, and, of course, the name. 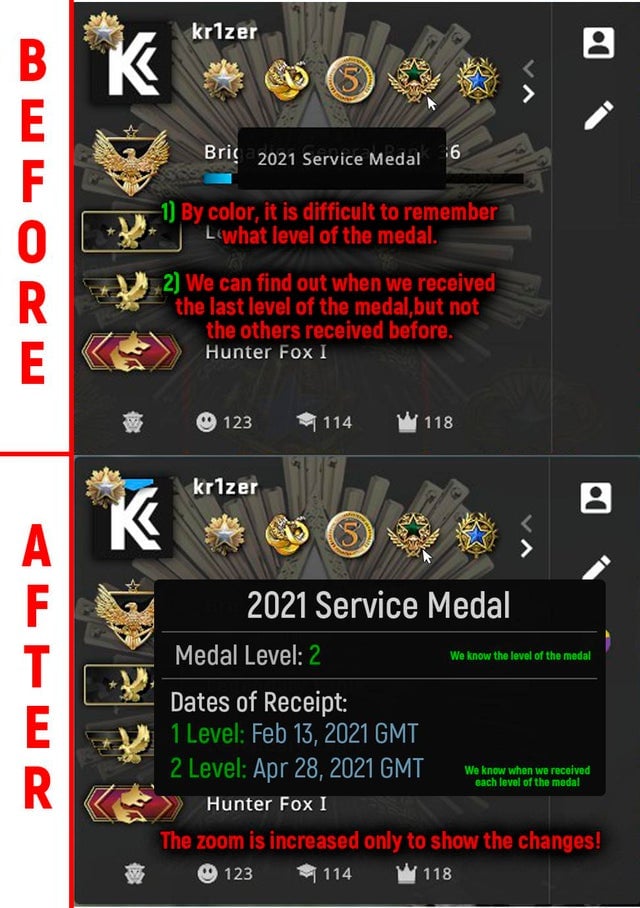 The idea seems to be really interesting, and perhaps in the future, Valve’s developers will decide to introduce similar changes. Creating something like this would certainly not be laborious, and perhaps it would encourage players to showcase their medals.