S1mple is surprising CSGO fans once again. This time he impressed with the number of frags during the match against Spirit.

Oleksandr “s1mple” Kostyliev is considered by many to be the best Counter-Strike: Global Offensive player in the world. His skills are really impressive, and it showed during the last match with Spirit. In 25 rounds he managed to make as many as 42 eliminations, which is a truly incredible achievement that deserves respect. Rarely do such achievements take place in the professional scene.

As you can see in the table below – the player literally defeated his opponents from Spirit. No one else on the map was able to exceed even 20 eliminations, which was mainly due to the effectiveness of s1mple itself. The match ended with a score of 16:9, and the whole game 2:1 for Na`Vi. 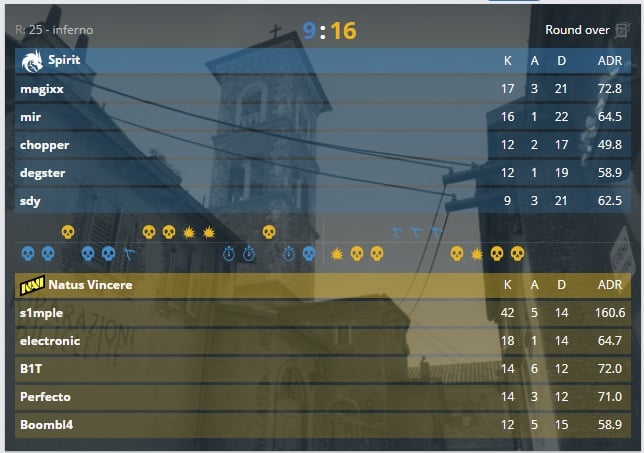 Below you can see one of the rounds that definitely belonged only to Kostyliev. The player once again presented his great talent in action:

An interesting fact is that on average s1mple dealt damage 160 damage per round. This is a really high result, which only shows how good this player is in Natus Vincere.