S1mple is by far the best CS: GO player in the world. Does someone want to threaten him?

One of the best Counter-Strike: Global Offensive players in the world wrote on social media about a strange situation that happened to him before his match with Nemiga. A few hours before the start of the match, a mysterious person threatened the player with a DDoS attack.

The person was ready to negotiate, so that the player did not encounter any problems while playing with Nemiga, but s1mple quickly explained him his point of view.

“I advised him to get a job”

Oleksandr “s1mple” Kostyliev reported on the whole matter on Telegram, where he wrote:

Think about it – we can get along. Otherwise, you’ll have a hard time playing against Nemiga! DDoS is coming. – I feel sorry for such people, I already advised him to get a job, because karma is a nice thing. 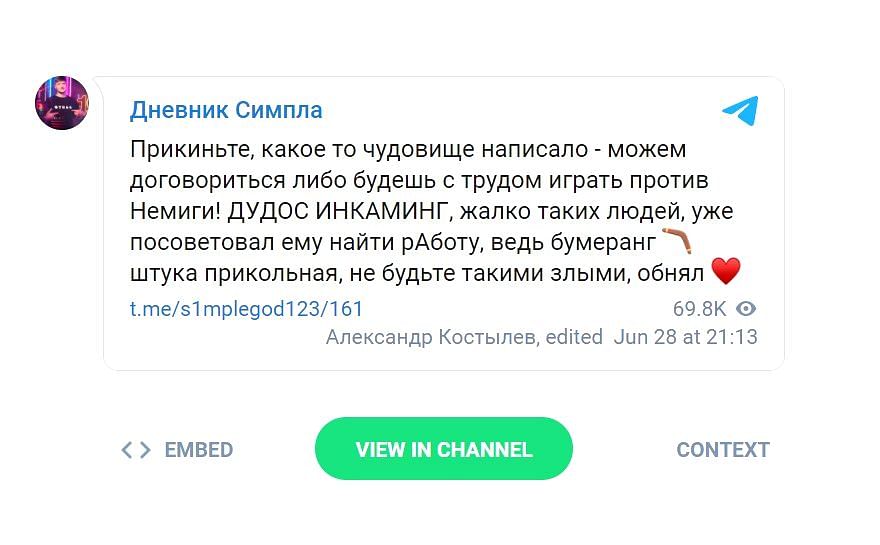 So it seems that the player took no notice of the threats and advised his would-be tormentor to find a job.

Ultimately, there was no DDoS attack on the player. It was probably a simple attempt to extort money from the player, or… the person who sent the threats mentioned above did decide to take s1mple’s advice and do something productive with their life.