It can be safely said that CSGO and Valorant are in direct competition with each other.

The tactical shooter genre is dominated by two titles that compete with each other. Of course, we are talking about Counter-Strike: Global Offensive and Valorant. Both the first and the second game have their supporters who will defend it at all costs. Tarik should’ve kept it in mind while publishing the statement that “CSGO is much more difficult than Valorant”.

READ MORE
Hackers have stolen CSGO cheaters data and made it public. Attack on one of the biggest cheaters forum

It all started with one innocent social media post:

This one entry was enough to stir up a huge wave of fans of both productions who debated this topic among themselves. As of this writing, the post has 21,000 likes and tons of comments. The most popular arguments against CSGO are primarily that Valve’s title has a dying base of players and developers who do not care at all.

Soon after, furious Reddit users began publishing Twitch statistics to prove that the second production was not as popular. At one point, it was hard to believe that the whole topic began with the statement that CS has a higher level of difficulty than Valorant. 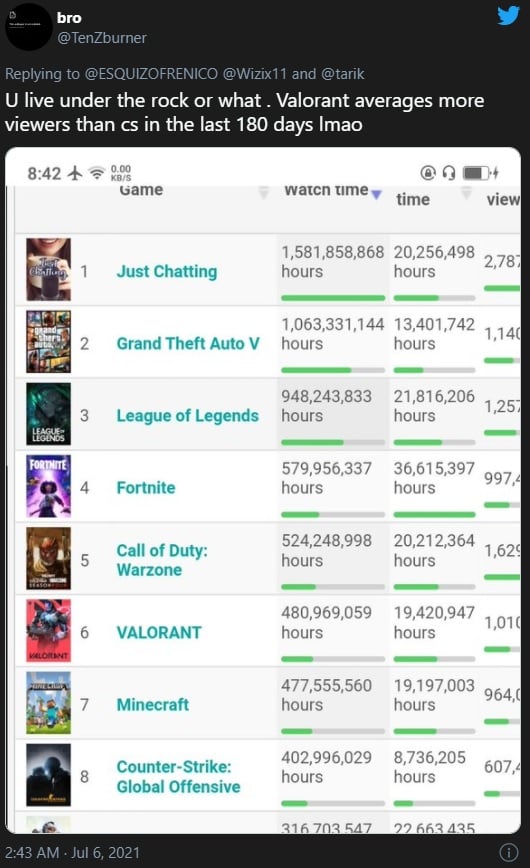 Even the world-famous streamer m0e joined the discussion, arguing that the mechanics are more difficult in CSGO, but Valorant has skills that increase the complexity of the title.

Tarik himself must have had a good laugh watching the community’s reaction, as he later responded to his post by saying that “everything is going according to plan”: 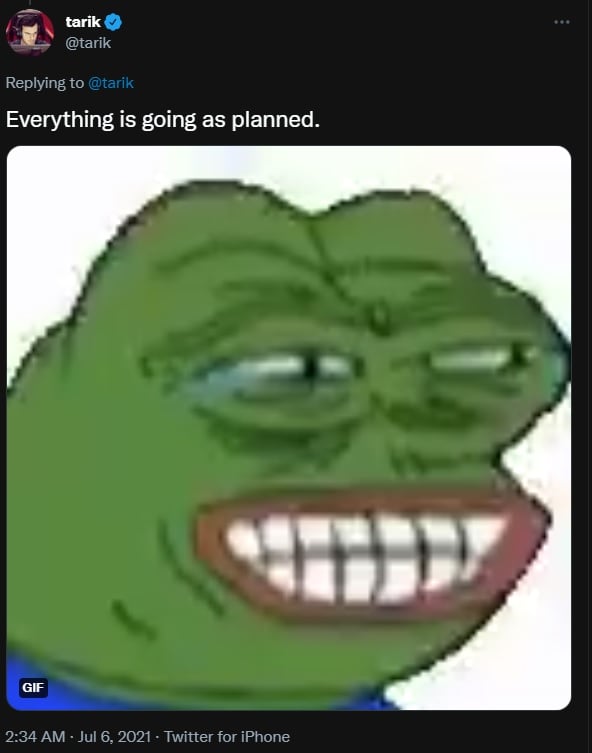 For Tarik, it was probably not only to express an opinion but above all to increase his activity on his social media. Such a plan actually succeeded, as it caused a lot of controversies, which accumulated a huge response on his profile.