A bug in CSGO that could cause player accuracy to fail? The players found a solution.

The Polish YouTuber who informs about news in CS:GO with the nickname “PeeKee” drew the attention of the community to an interesting case that concerns hitting moving targets. It turns out that if you have a problem with that, it doesn’t necessarily mean that your aim is lame.

A Reddit user created a thread a few days ago regarding his problem. As we read, he has the irresistible impression that he is accompanied by a certain delay when shooting 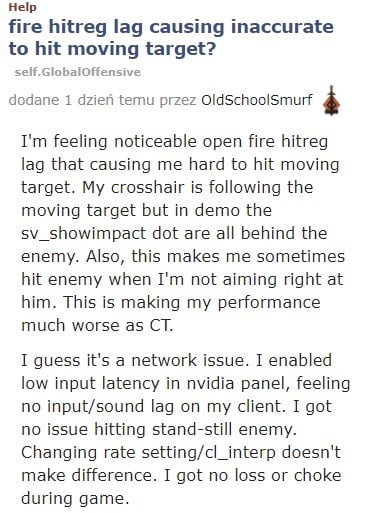 The crosshair will follow the enemy, but in the demo version, the dots under the sv_showimpact command are behind the target. The situation is quite strange, so it interested the YouTuber.

READ MORE
CSGO goes into real life. The player did not expect such a find in an old military building

How to solve this problem?

It is very likely a network problem. At least that’s what Reddit users indicate.

This can be solved with the command “cl_interp_ratio”. Its value can be set to 1 or 2. It is worth noting that inputting cl_interp_ratio 2 to the console is better for weaker internet connections, as it “smoothes” the game, but adds a small delay. At 128 tickrate it is 7 ms, while at 64 it is 14 ms. 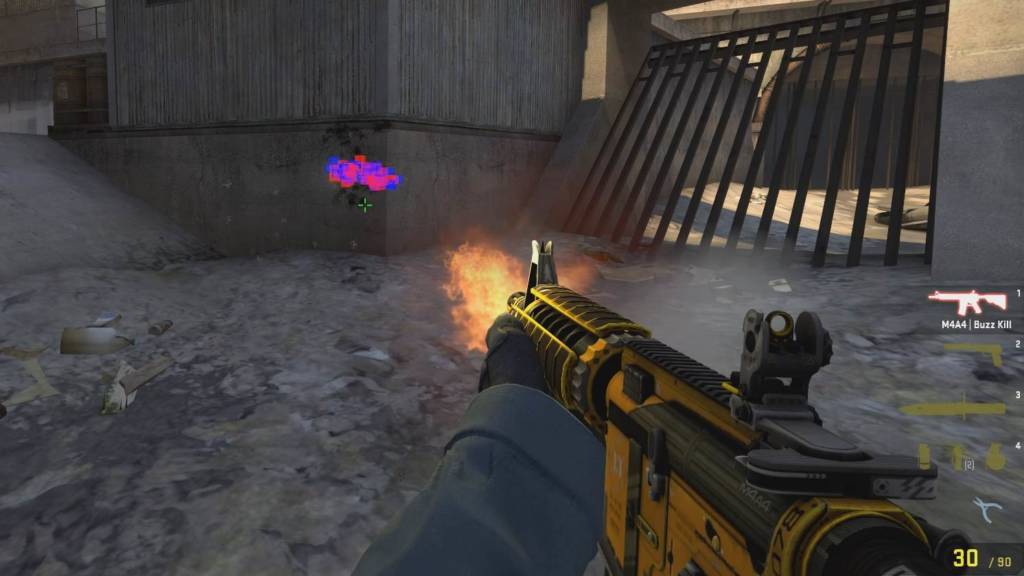 It is worth trying these settings on your own computer as they can significantly help you hit an opponent who is on the move. Setting it to 2 is especially helpful with low ping but quite high loss%. If you had a feeling of lag or delays while shooting, it is worth even trying to check the settings.