A few months ago, the musicals from Among Us began to appear. CS: GO shows that it is not worse at all.

Game musicals are getting more and more popular. Some people love it, others feel a cringe piercing through their body. During these performances, characters resembling famous streamers and YouTubers appear, hence it gets a huge audience. Each of these creators then watches how his character came out.

This short clip shows exactly what we’re talking about. Here’s the musical from Among Us, which then features PewDiePie, Dr. Disrespect and the Offline TV crew.

READ MORE
A bullet in CSGO does not go where you see it. You will not guess what this “brilliant” solution is for

CS: GO is not worse at all

A few days ago, a recording of the performance from CS: GO appeared on the web. It is difficult to find any information about it, but the clip on Twitter was viewed by over 200,000 people in 3 days. 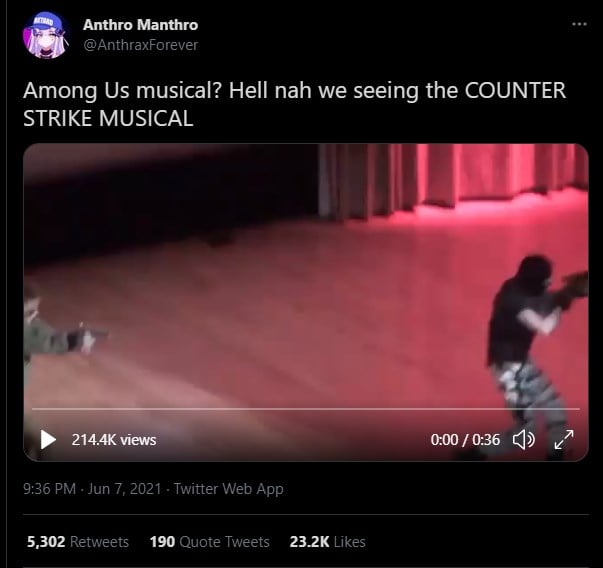 The person who published it directly refers to the Among Us musical. Maybe it’s a performance in a one-off project, and maybe more than that.

It is definitely something unusual, so it is naturally gaining more and more popularity.