A player who became a Counter Strike: Global Offensive legend.

Probably everyone knows that some skins in CS are worth a lot and for their equivalent, we can buy a car, motorbike, and sometimes even a small plane. However, there are players who have a lot of them and have been working on their equipment for several years and it is worth as much as more than one apartment in the very center of a large city.

Now a collector who has been hailed as “the mafia boss” has made a sensation among the CS: GO community. All this due to the fact that within one week, skins with a total value of one million dollars appeared on his Steam account.

READ MORE
NOBLE Strike is now in version 1.3. A great CSGO modification that has a lot of potential

There are many players in CS who dream of at least one more expensive knife that they will be able to show to their allies. There are also those whose inventory is valued at millions of dollars and have already spent a good fortune on skins.

Usually, however, they collect them over the years or open cases, which no longer causes such a sensation as someone completely new and expanding their collection by a million dollars in skins. It is therefore not surprising that conspiracy theories have begun to emerge about him. 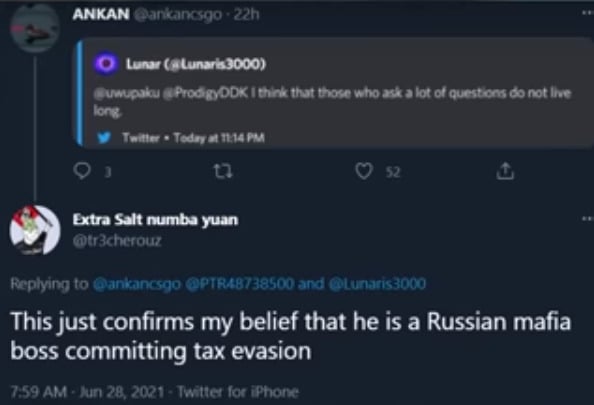 Lunar – as the collector’s profile is called – comes from Russia, which has been confirmed. However, no one knows what he does and where he has such a huge amount of cash from. Consequently, the community speculates that he may be the Mafia Boss or doing something else that is not entirely legal.

Sometimes there are voices that he is simply a wealthy oligarch, someone from the government or even the family of the President of Russia – Vladimir Putin. However, at the moment these are only rumors without confirmation. The player himself claims that he is not doing anything illegal because it would be simply stupid. 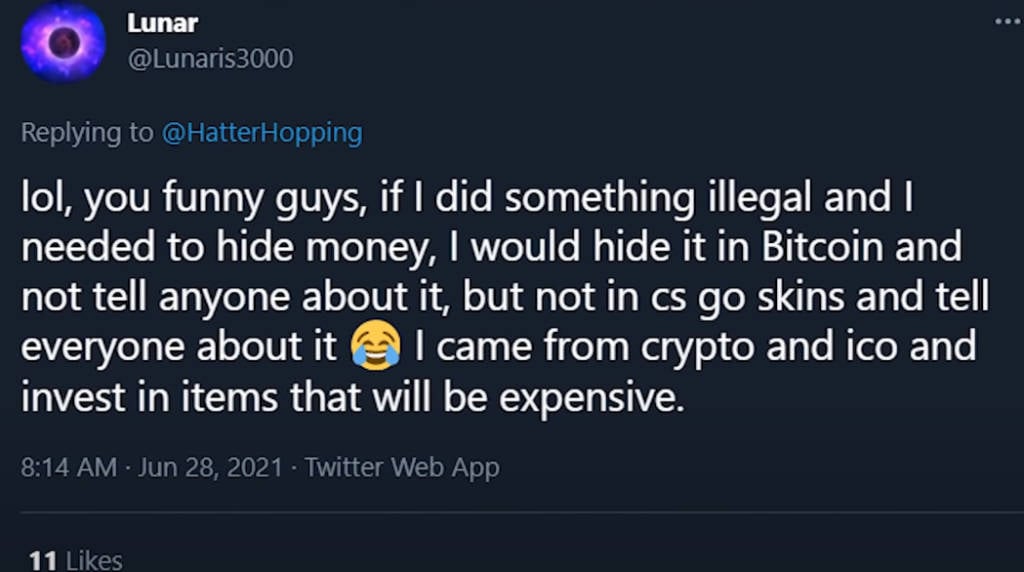 But where did the player get such an expensive equipment from? By buying mostly items from other collectors. On his Twitter profile, we’ll see tons of announcements that he’s willing to buy rare skins, stickers, and more: 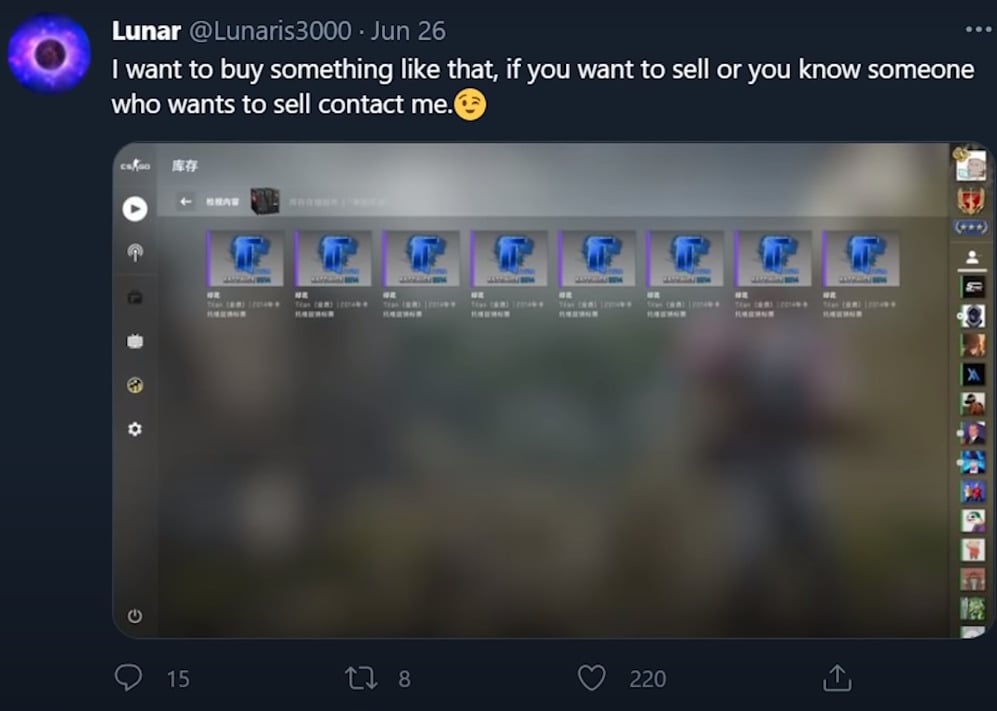 Of course, there was no shortage of eager people and his collection grew enriched at a really dizzying pace: 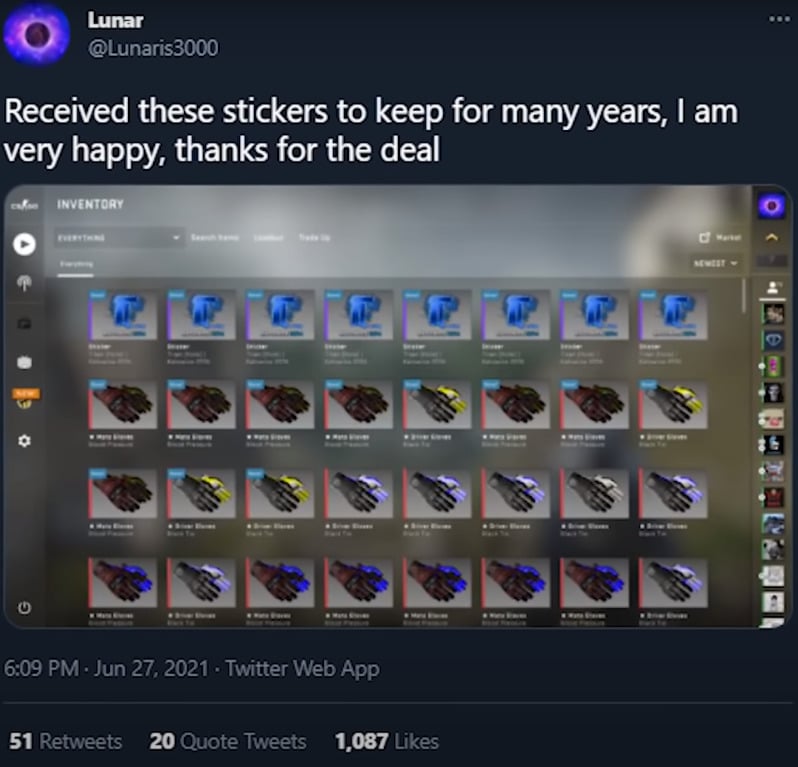 How much did it cost? As he claims, $ 500,000, which is a really huge sum for just one transaction in a computer game, which is also the second-highest in history because the first one amounted to $ 780,000.

Aside from just having multiple skins, he decided to give away a few of them and as we can see, they’re really rare. 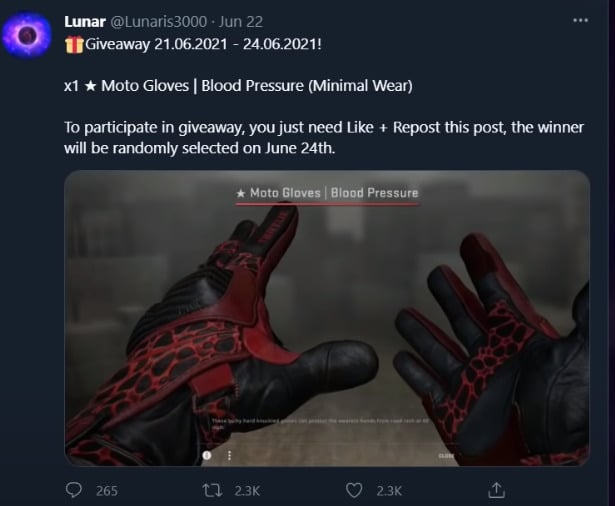 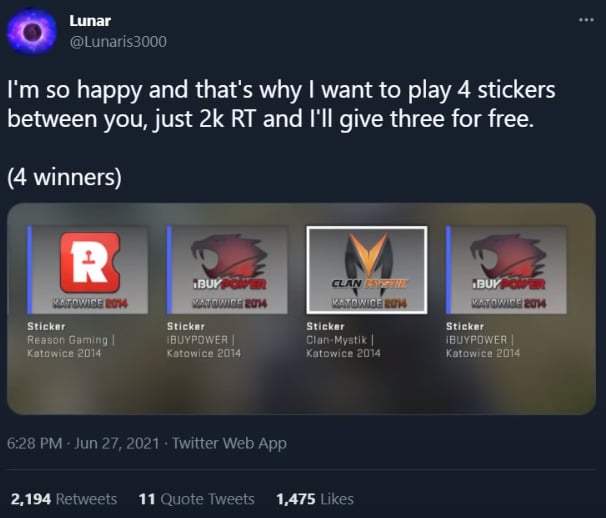 So what does the million-dollar Lunar collection look like? It’s difficult to cover everything here, as you would have to scroll endlessly for this article, but it has over 24,000 items on Steam: rare. 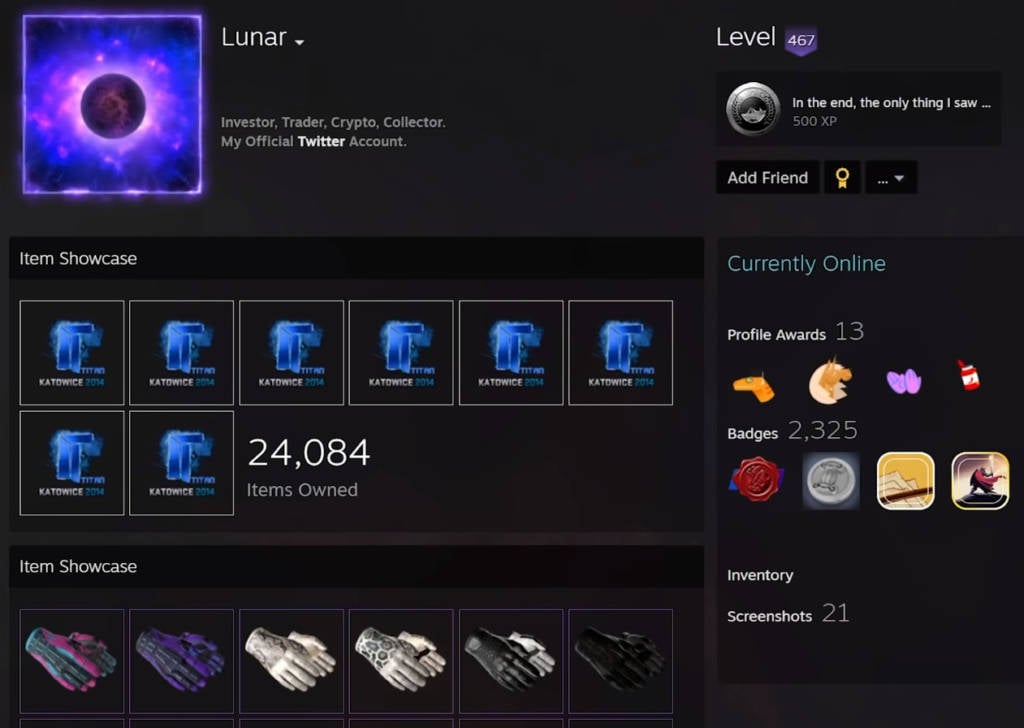 The Russian collector likes gloves and has a lot of them. According to estimates, he has 25% of all motorcycling gloves – Arterial Pressure and 30% of car gloves – Gala Suit. 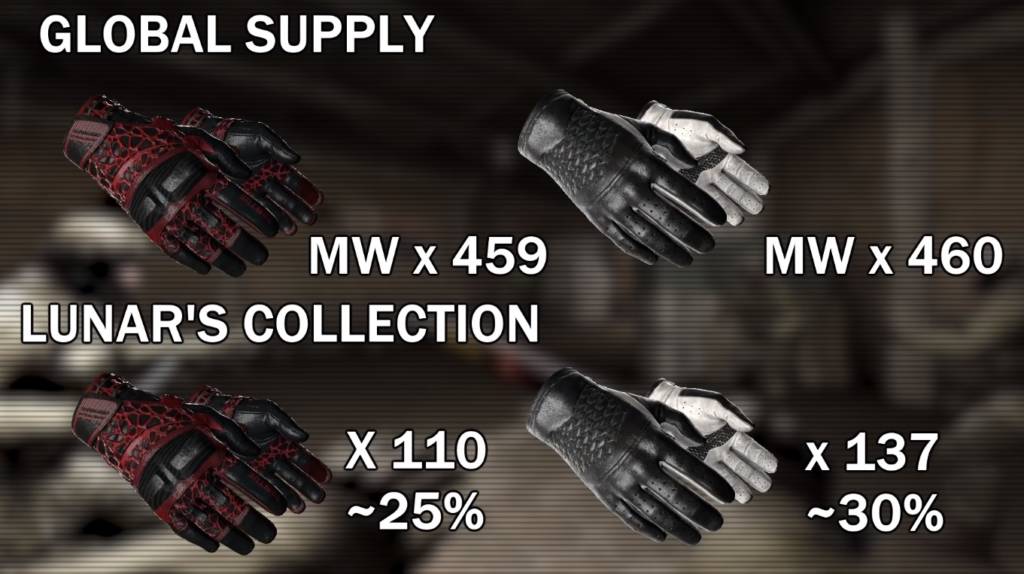 In addition, he has some really expensive knives, including some in StatTrak, which increases the price of such a skin even more: 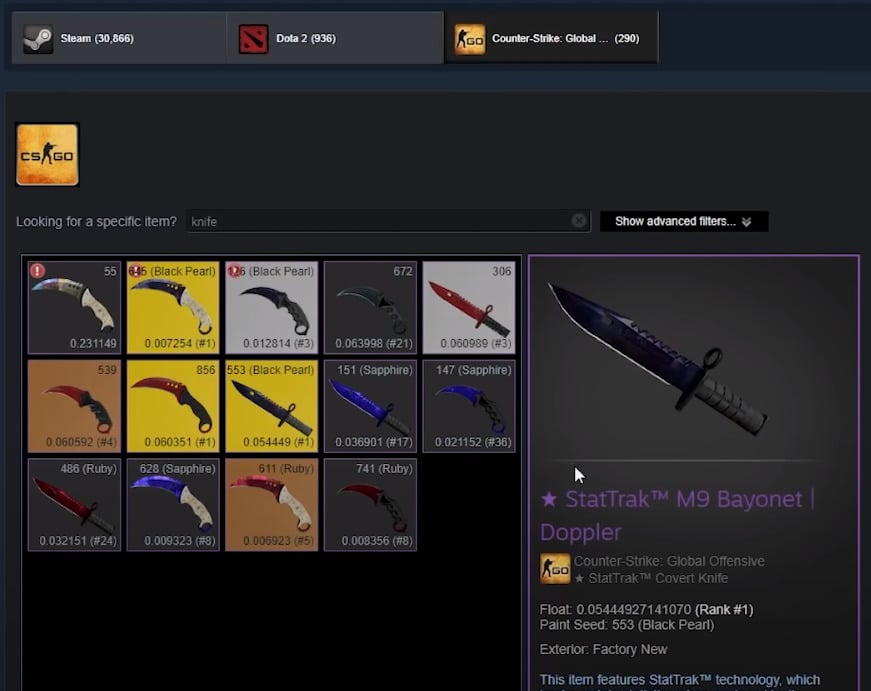 Who is Lunar? We don’t know that, but he knows how to become popular and be on the lips of most CS players for at least a few weeks. Perhaps this mystery will be solved in the future, and the community will find out whether the mysterious collector is an oligarch, businessman, investor, or perhaps the son of Putin himself.