There was a new update for CS:GO tonight.

The recent updates have been really interesting. If nothing amazing was introduced, there was still something in the files that electrified the entire community. Surely you recall the information about Source 2, various tests of additional changes, etc.

Today, nothing really appeared except what Valve itself wrote. It is known that the developers are testing something, but we do not need an update weighing the entire 20MB to figure that out.

Interestingly, Valve even released a description of the update. Just a bit funny that the download manual is longer than the description itself. This one reads: 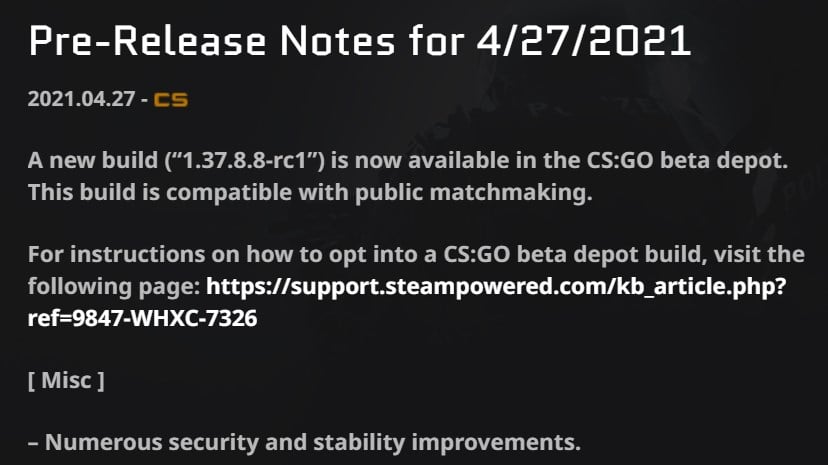 What is the conclusion? It is very possible that this is somehow related to the recent CS:GO multi-vulnerability security system scandal, as reported in this article, but has not been confirmed in any way.

Stability issues could be related to the recent flare problems, but neither has it been confirmed that this was the case. So in the end we are left with 20MB for download and one big puzzle when it comes to “fixes”.