Steam and CS: GO are having some issues and burdens. Reason?

Counter-Strike: Global Offensive developers decided yesterday to surprise their community and … make a 75% discount on RMR capsules. It resulted in the huge interest of players. A lot of people saw money in this venture. It must be admitted that the investment can really pay off.

Either way, the high level of interest from CS: GO gamers in capsules has likely put strains on the Steam Market, causing delays in completing market sales and item trading.

READ MORE
Proof that CS 1.6 is not dead at all. The Dust 2 has gotten a rework

Valve has shut down the Steam Market for CS: GO and is working on the issue, and players are laughing

Gabe Newell and the team posted a social media post yesterday explaining the situation and saying that they are “actively investigating the load problem.” Valve also announced that the Steam Market for CS:GO items have been temporarily disabled.

Some players do not seem to be overly affected by the whole problem and only laugh at the whole situation while creating more and more memes. 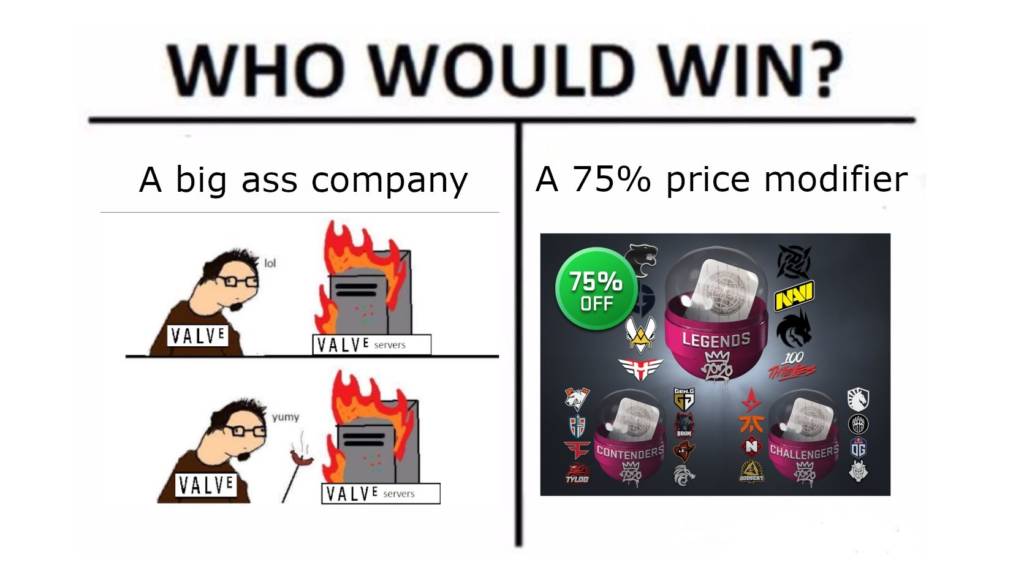 Also, part of the Counter-Strike community mocks people who “invested” in RMR capsules before the discount. 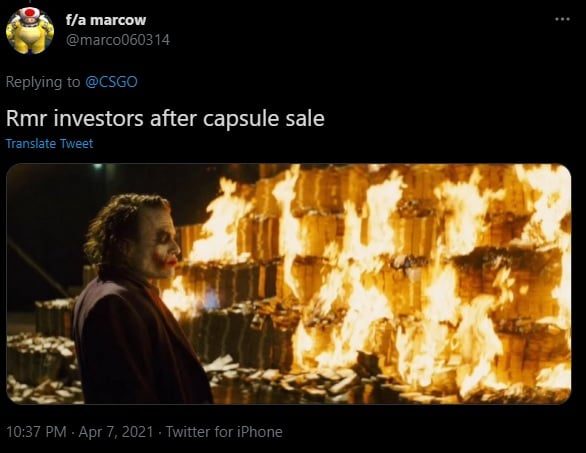 The whole situation may seem funny, but it certainly isn’t for Valve’s developers who have to fight the workloads. Most of the Steam market for CS:GO should work fine.