CS:GO players believe that the developers are wrong to expect money for sharing statistics.

The latest update in Counter-Strike: Global Offensive is very controversial among the community. Not only ordinary players speak in the case, but also professionals.

Those are mainly focused on changing the maps, which we already mentioned in this article. Players also don’t like that developers only provide access to statistics for an additional fee.

From now on, Valve gives you the opportunity to check your statistics, which was certainly a very long-awaited feature. Unfortunately, Gabe Newell and the company want to make money this way, as they expect a fee of $ 1 a month. The price is not too high, but such a feature, according to a large number of players, should be available for free. 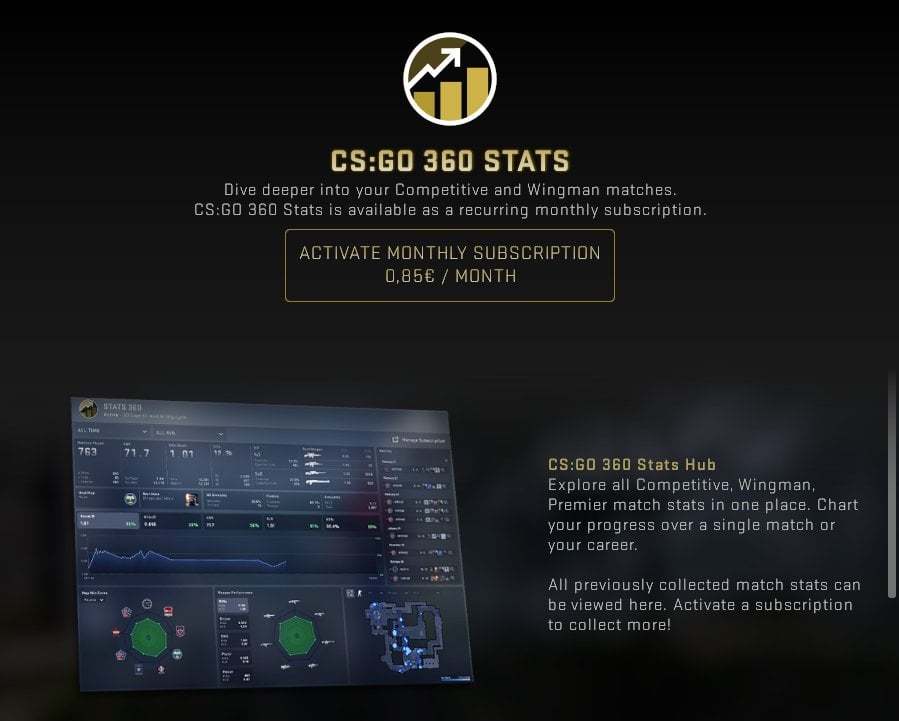 One of the professional CS: GO players wrote on his social media that he would be able to pay developers up to EUR 10 if they only added 128 tickrate servers and an effective anti-cheat. 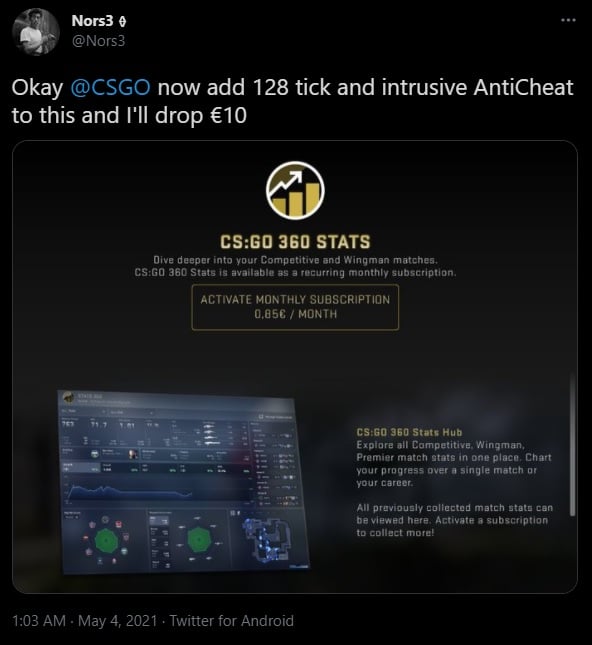 It must be admitted that he would certainly not be the only one who would agree to such a deal, especially since the problem with cheaters has been really serious recently. Of course, this topic is also the subject of ridicule from players: 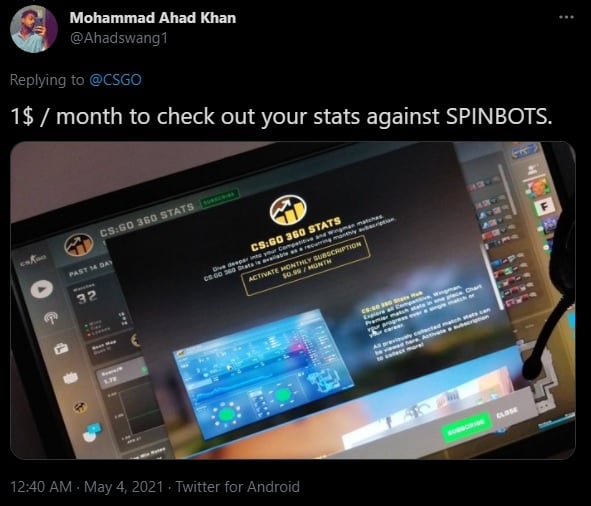 It is doubtful that the developers will listen to players’ protests. Part of the community laughs that Valve would be willing to increase the price of “subscription” to statistics, rather than get rid of it altogether.