Tonight, Train has been replaced by Ancient in the CS: GO ranked maps pool. Valve’s controversial decision has met with many comments.

Train is definitely one of the most recognizable maps in the history of Counter-Strike: Global Offensive. Many players may remember it from the times of previous versions, so replacing it with the Ancient is quite a controversial decision.

Most of them don’t have such a problem with the very fact of replacing Train, it’s more that Ancient was chosen instead.

Lots of criticism, although there will be positive comments

Looking at the entire Counter-Strike scene, there is a lot of criticism regarding today’s change. This is not surprising as players may have gotten very used to the existence of Train in the tournament map pool. Some people call the move “absolutely pathetic”, and we are talking about David “Davey” Stafford: 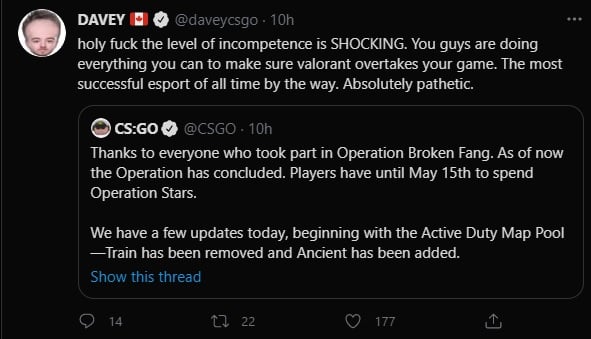 There are also people who feel delighted with the whole change and are happy that they will no longer have to play on Train. This opinion is expressed by Jonathan “EliGE” Jablonowski: 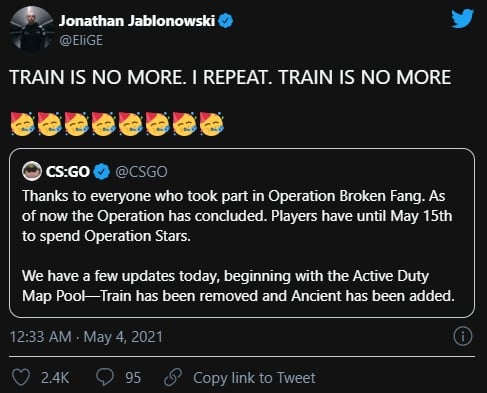 The most interesting, however, is Tarik’s approach, who seems to be taking this decision with distance and joking with Valve: 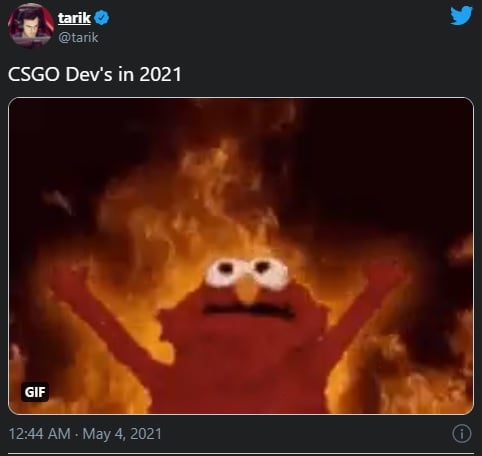 There is an overwhelmingly critical opinion among the Counter-Strike: Global Offensive community, as Ancient was probably the least expected map by players. Unfortunately, the decision has already been made and despite the negative responses of the players, it is unlikely to be reversed.