GG Predict decided to check the probability of winning a pistol round.

Pistol rounds are an essential part of Counter-Strike: Global Offensive. Very often it depends on them how the game will turn out later. GG Predict decided to analyze the games of professional players from the last 12 months to find out what is the probability of winning a pistol round on individual maps and pages.

Anti-terrorists have a better chance on most maps

As you can see in the chart below – 7 maps were taken under the scope. Only in Vertigo and Inferno are terrorists more likely to succeed in the pistol round. In the rest of the maps, the players on the CT side have a better chance, although the differences are usually not excessive. This means that the maps are so balanced that it all depends on the tactics and skills of the players, rather than on the side of the map. 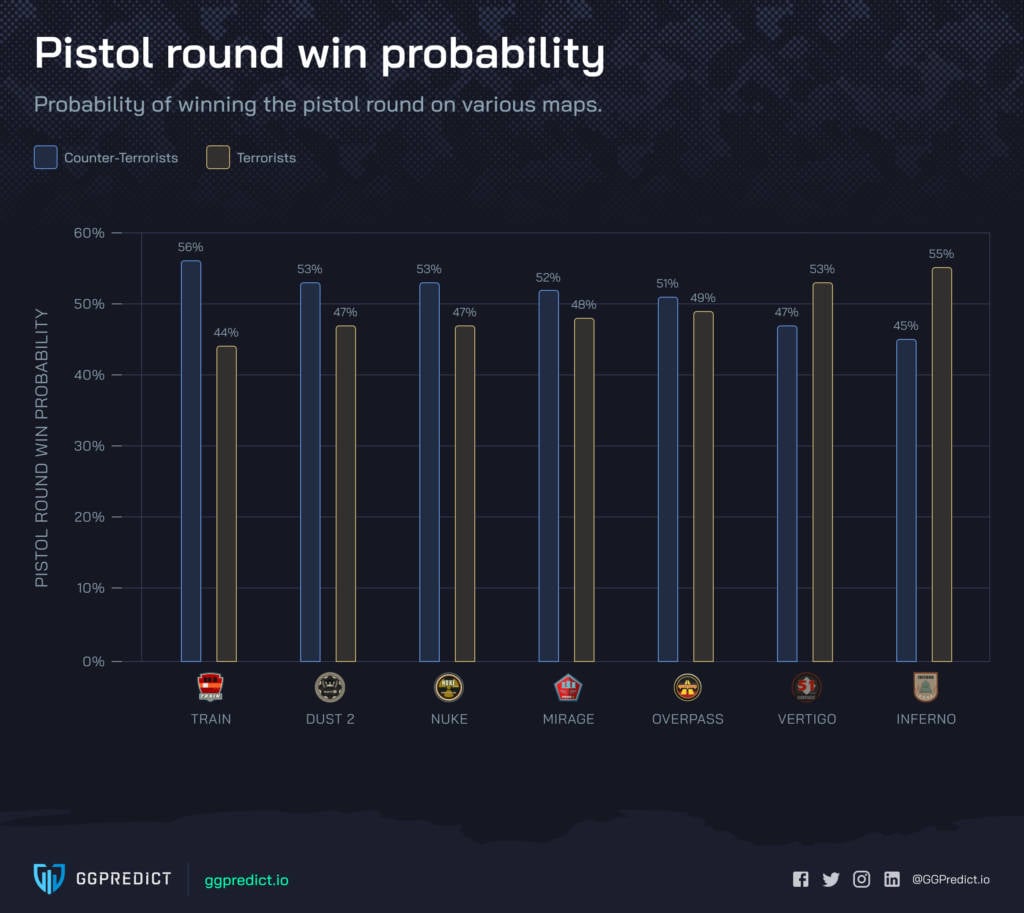 The above statistics are quite interesting and confirm the fact that the anti-terrorist side is a bit more advantageous. Therefore, it is not surprising that players, for example on Faceit, usually start the match on the CT side.