Interesting HLTV chart that shows the use of individual weapons in professional CS:GO games.

HLTV is known for creating interesting rankings and comparisons that many Counter-Strike: Global Offensive players look at.

Quite recently, they created a graph of the usability of individual weapons in professional matches. It shows some very interesting factors and draws interesting conclusions.

Breakdown of the use of AK-47, increased use of AWP, and comparison of usage between M4A4 and M4A1-S

As you can see in the graphic below, professional players started using the AK-47 less and less between 2019 and mid-2020. After a while, the situation returned to normal, and the gun is again the mainly used rifle in the game.

At some point, however, the AUG and SG were strengthened, and therefore the pro gamers moved to weapons with a scope. Later, however, developers decided to weaken them. 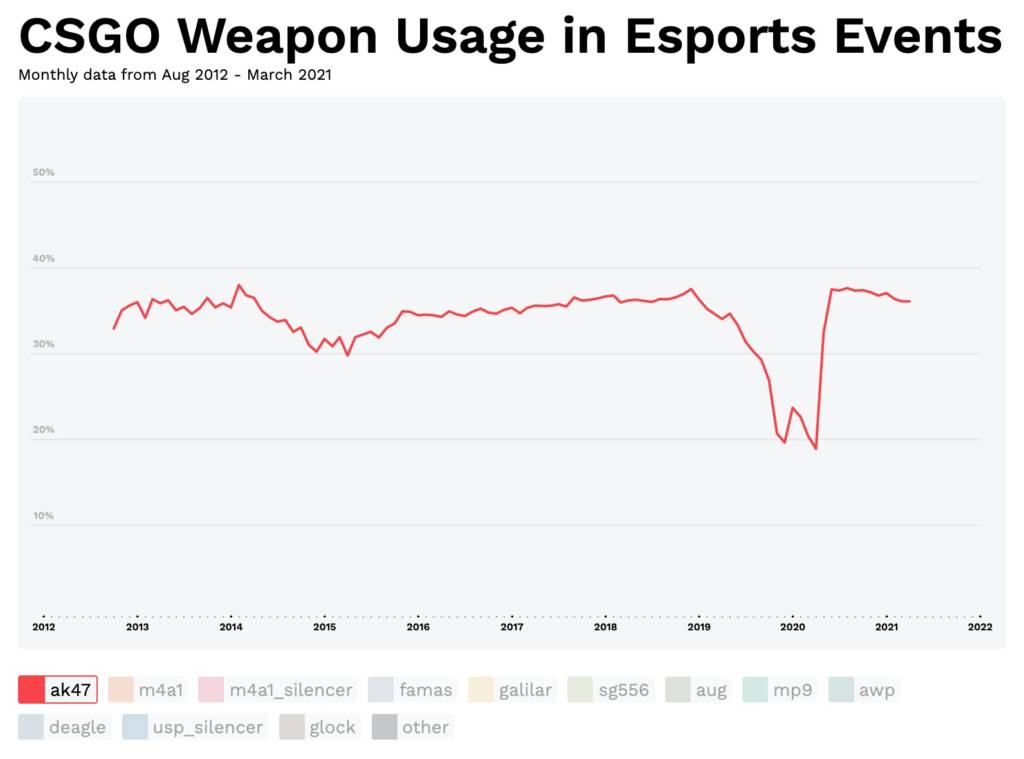 The frequency of using AWP also increases over time. This is due to the fact that more and more snipers are appearing on the scene. Also, players who previously avoided sniper rifles are now starting to use them more frequently. 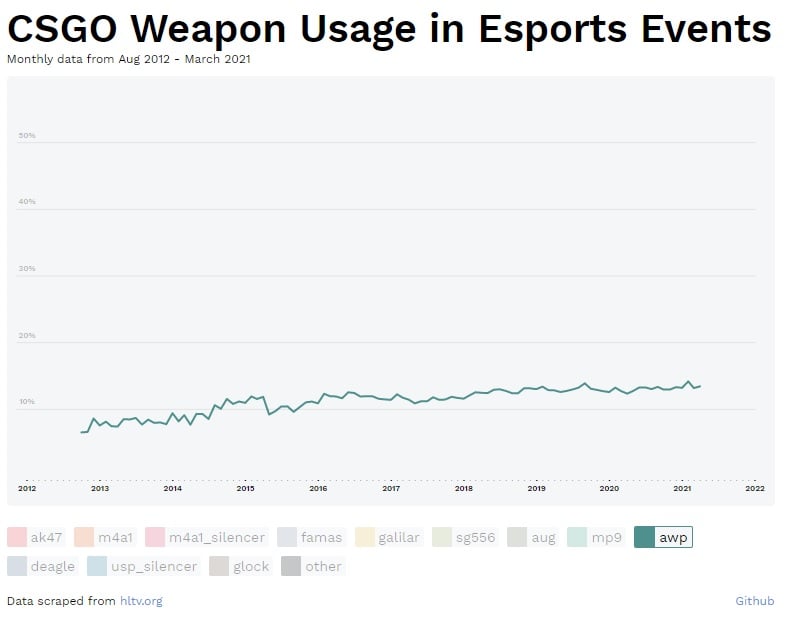 The graph below shows the use of the M4 with and without a silencer. It turns out that there have rarely been times when both weapons went head-to-head. Currently, M4A4 is definitely the king, which can be seen with the naked eye, watching the matchmaking itself. 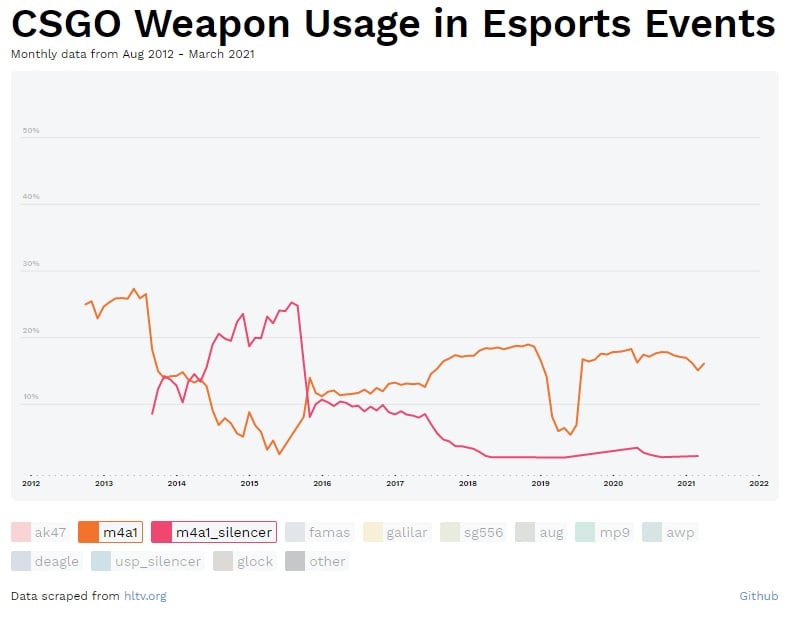 More comparisons can be found on the HLTV website, and more precisely at this link. It’s interesting, so it’s definitelly worth taking a look at this page.